The Avengers are suited up and ready for action in their latest TV spot. Marvel Studios has released a new 60-second promo that puts a spotlight on the team’s weary leader — Captain America. 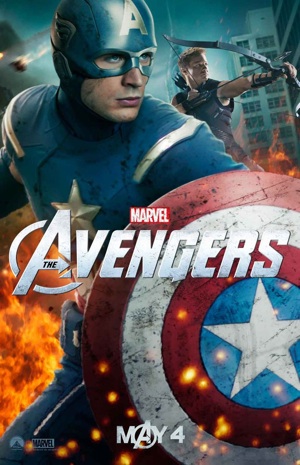 Marvel Studios is on the move. Next month, they’ll release the highly anticipated superhero film, The Avengers.

Earlier today, we unveiled a new photo from the film featuring Captain America, and now we have an extended TV spot.

The Avengers centers on a group of heroes that band together to fight off an unknown alien threat. They’re aided by Agent Phil Coulson, Maria Hill and Nick Fury, the director of a top-secret agency called S.H.I.E.L.D.

The latest promo is a minute long and features tons of new footage from the film. It mostly focuses on Steve Rogers aka Captain America and his position as The Avengers’ leader.

Fury handpicked each hero, including the aforementioned Captain America to join the group. Unlike the other characters, Cap is from another time. He was frozen during World War II and awakened nearly 70 years later.

Captain America is weary of his new home and superhero peers. But he knows the world needs him and there’s no time to waste. The stakes are too high.

Watch as he and the rest of The Avengers do their best in the new TV spot.

The film is directed by Joss Whedon and opens everywhere May 4.