Who couldn’t wait until Charlize Theron became a mother? The A-list actress reveals she wasn’t the most anxious one about finally starting a family! 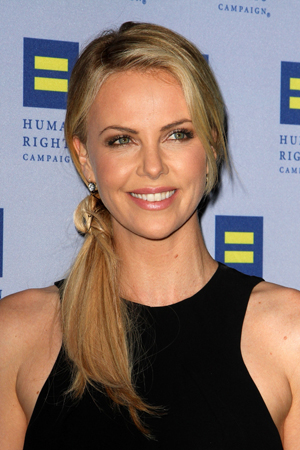 Every new mother is incredibly proud of her baby by default — and Charlize Theron is no exception. The actress, soon to be seen in Prometheus and Snow White and the Huntsman, is over the moon about her new baby boy, Jackson. After such a short amount of time, she already says that son is “the coolest kid ever.”

Who was the most excited about it though? Theron jokes, “I don’t think my mom could wait any more!”

The Oscar winner shares that her approach to motherhood is very much rooted in how her own mother raised her. Her goal when it comes to her relationship with Jackson: “To be like my mom. Fair, tough, loving and supportive. My mom has made it possible for me to be who I am. Our family is everything. Her greatest skill was encouraging me to find my own person and own independence.”

Two weeks ago, the actress told Ryan Seacrest that the support for her newest life venture has been nothing but overwhelming.

“It’s been amazing, the amount of emails and congratulations,” the new mother told Seacrest. “Everyone’s just been so lovely — it’s been really nice.”