Everyone’s favorite red, white and blue hero is heading to the big screen again. Following this year’s The Avengers, Captain America will star in his own action-packed sequel. Prepare yourself for Captain America 2! 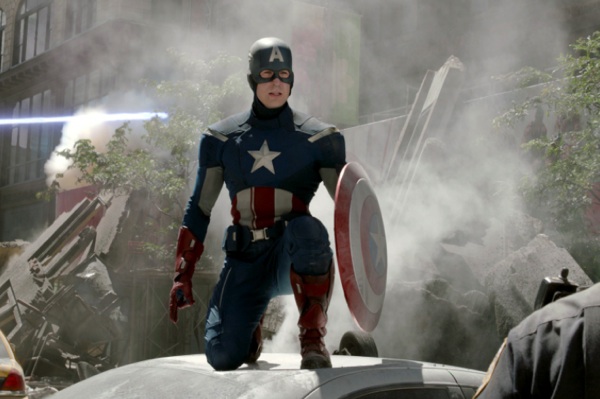 Captain America (Chris Evans) will live to fight another day. The all-American hero is set for more solo adventures in a sequel to last summer’s Captain America: The First Avenger.

Disney has just announced the release date for the film tentatively titled Captain America 2. Unlike its Marvel predecessors Iron Man and Thor, it won’t be a summer blockbuster. Captain America 2 will hit theaters in early spring. The sequel will debut nationwide April 4, 2014.

We assumed Marvel would take advantage of the May-July window, but it looks like they had other plans. So what can we expect from the next Captain America movie?

The film will pick up right where The Avengers leaves off. Cap, aka Steve Rogers, will continue his affiliation with Nick Fury and S.H.I.E.L.D, while struggling to embrace his role in the modern world. The last time we saw the hero, he’d just woken up from a 70-year nap. World War II was over and he was stranded in present-day New York.

In The Avengers, Captain America join forces with Iron Man, Thor, The Hulk, Black Widow and Hawkeye to form an unbeatable superhero team. The film is directed by Joss Whedon and opens May 4. It will kick-off this year’s blockbuster season, which will be filled with plenty of comic book fare.

So many great action films, so little time!

Are you excited for more Captain America?