Mary J. Blige fans are up in arms over the singer belting out tunes about crispy chicken wraps for Burger King. In the wake of the controversy, it’s her take versus the fast food giant’s in making amends. 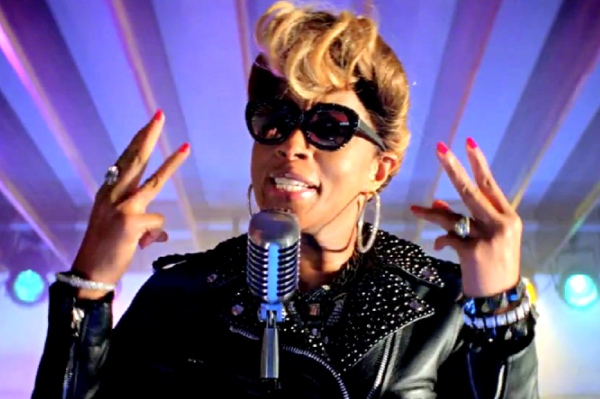 While Mary J. Blige‘s Burger King commercial in question never even made it to television airing, the company’s decision to release the spot on the web cause enough of a ruckus. In response to the commercial, during which the singer belts out the attributes of the crispy chicken snack wrap (“Crispy chicken, fresh lettuce, three cheeses, ranch dressing…”) one critic wrote, “Having a black woman sing about chicken was no mistake. They’re trying to reach the ‘urban’ (aka black) demographic. And God knows black folk, won’t buy anything unless there’s a song, and preferably a dance, attached to it.”

Mary J. Blige has responded to the commercial backlash, telling TMZ, “I agreed to be a part of a fun and creative campaign that was supposed to feature a dream sequence. Unfortunately, that’s not what was happening in that clip.”

The 41-year-old went on to say, “I understand my fans being upset by what they saw. But, if you’re a Mary fan, you have to know I would never allow an unfinished spot like the one you saw go out.”

Burger King is sorry for the ad even being aired, too — but not for the reason Mary J. Blige fans would like to think. In a statement, reps for the fast food chain said they regret putting out the ad “before all of the licensing and final approvals were obtained.”

Competing with Geraldo Rivera and The Black Keys in the worst apology ever category, they went on to say, “We would like to apologize to Mary J. and all of her fans for airing an ad that was not final.”

We’ll take that as a sort of sorry, but not really?

What do you make of Mary J. Blige’s Burger King commercial controversy?

8 mins ago
by Louisa Ballhaus