Bravo has announced 11 new shows in their lineup — and if you’re addicted to reality TV, today is your lucky day! 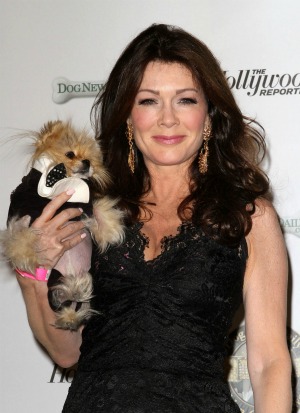 Reality TV addicts rejoice! If you can’t get enough of cat fights and fabby clothes, then Bravo has a treat for you.

The network that brings you The Real Housewives collection is working on 11 — that’s right, 11 — new series, and nine of them are reality shows! The network sent us a synopsis of each new offering, and they all look hot, hot, hot! Check it out for yourselves — but note that show titles are subject to change:

“For the first time cameras are taken outside of the Top Chef kitchen and into the lives of Bravo’s most beloved former cheftestants as they reach milestones in their personal lives and culinary careers. From opening their own restaurants to expanding their growing franchises, viewers will follow Jen Carroll in Philadelphia, Richard Blais in Atlanta, Fabio Viviani in Los Angeles and Spike Mendelsohn in D.C.”

Get healthy with Top Chef and Michelle Obama >>

“The upstairs and downstairs worlds collide when this young and single crew of ‘yachties’ live, love and work together onboard a luxurious mega yacht while tending to the ever-changing needs of their wealthy, demanding charter guests.”

“Ever wonder who is behind those hilarious cat memes? Bravo goes inside the office of Ben Huh and his eclectic staff at icanhascheezburger.com, one of the largest humor publishers on the Internet known for their popular LOLs and FAILs.”

“Best known as one of The Real Housewives of Beverly Hills, Lisa Vanderpump opens the salacious kitchen doors of her exclusive Hollywood restaurant and lounge, SUR. Declaring it the sexiest establishment she’s ever owned and ‘the place you take your mistress,’ Lisa rules over her lively and mischievous staff with a platinum fist.”

“These single relationship experts can’t seem to practice what they preach as Amy Laurent in New York, Emily Morse in San Francisco and Julia Allison in Los Angeles struggle to stay afloat in the deep end of the dating pool.”

“From the moment they say ‘I do’ to their one-year anniversary, cameras capture diverse couples across the coasts experiencing the trials and tribulations of their first year of marriage.”

“Viewers are introduced to seven young women who dream of living a chic and fashionable existence in New York City. Chantal Chadwick, Kerri Lisa, Liz Margulies, Claudia Martinez, Angela Pham, Amy Poliakoff and Maggie Schaffer all share a passion for art, but are divided amongst their Manhattan and Brooklyn lifestyles with vastly different attitudes and tastes towards fashion, art and men.”

“It takes one to treat one! The professional and personal lives of dynamic experts are exposed as they counsel a wide array of clients at some of the top private practices in Los Angeles.”

“Driven by the success of the special that aired in March, Bravo has greenlit season one of The Kandi Factory, starring multi-platinum songwriter and The Real Housewives of Atlanta‘s Kandi Burruss. Protégés with no music industry experience are given the opportunity to work with Burruss’ team of experts in Atlanta to master the key elements that will turn them into a pop star.”

In addition, the network will offer two new scripted series. 22 Birthdays “focuses on the sordid and scandalous activities of a group of parents at an exclusive private school, with each episode centered around an extravagant and lavish birthday party.” Blowing Sunshine “is set at a fictional private rehabilitation center and follows its staff and high profile patients.”

Tell us: Which new Bravo series are you most pumped about?