Nicolas Cage is here to make your personal tax situation look like a walk in the park. Find out the jaw-dropping amount the actor has paid to the IRS over the course of his career, and how much he still owes! 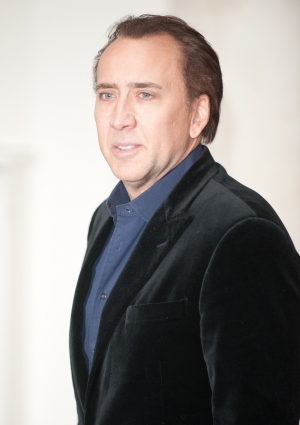 Nicolas Cage has ponied up $6.25 million to help pay off his tax bill — but that’s not even half of it! Despite the large lump sum of cash now on the way to the IRS, the actor still has a long, long way to go.

In 2010 Nicolas Cage opened up about his sketchy tax situation, which he blames a bad manager for. Reports state the 48-year-old is slowly paying off bills as far back as 2002, with the total amount estimated at $17 million.

Pointing out that despite how it may look, he’s given the IRS an impressive payday via his acting income, Nicolas Cage said previously. “Over the course of my career I have paid at least $70 million in taxes.”

“Unfortunately, due to a recent legal situation, another approximate $14 million is owed to the Internal Revenue Service (IRS), however, I am under new business management and am happy to say that I am current for 2009.”

The 48-year-old continued at the time, “All taxes will be paid including any to-be-determined state taxes.”

Official documents obtained by TMZ make it appear the actor is making good on his promise. Papers filed February 15 show the Seeking Justice star has paid a lump sum of $6,257,005.

In 2009 Nicolas Cage’s tax woes hit a peak when the government placed a tax lien on his real estate holdings, resulting in the foreclosure of four of his homes: two in New Orleans, a Los Angeles mansion and a pad in Vegas.

Perhaps the saddest of them all? The actor was also forced to sell what surely must have been a prize estate — a 28-room castle in Germany!

Feel any better about cutting the IRS a check after hearing about Nicolas Cage’s taxes?