Russian author Fyodor Dostoyevsky famously said, “The degree of civilization in a society can be judged by entering its prisons.” If this is true, what does the space-prison say about the futuristic civilization in the new action movie Lockout? Let’s just say you’ll really, really want to stay out of jail! 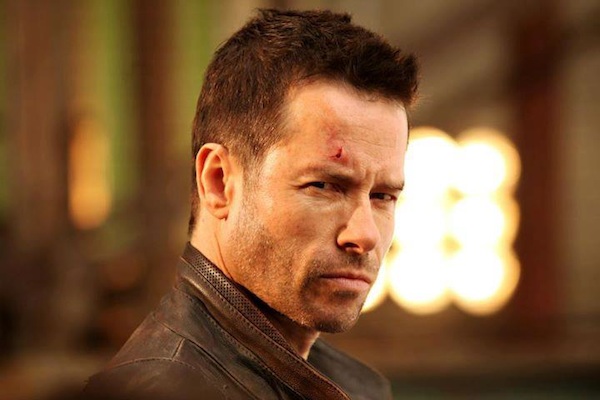 Lockout takes place sometime in the not-too-distant future in a gritty America that feels like Blade Runner meets Escape from Alcatraz. In this future, criminals are exiled to jail in space, where their cells look eerily like coffins and the prisoners are medically induced into a coma for the duration of their stay. Perhaps a 10-year nap doesn’t sound that cruel considering these violent criminals are off the streets and taxpayers don’t have to spring for cable TV and dental care. But do-gooder Emilie Warnock (Maggie Grace), daughter of the current U.S. president, thinks something more sinister is going on. Suspecting that a big pharmaceutical company is secretly using the prisoners for medical experiments, she travels to the space-jail to investigate. When a new inmate goes rogue during intake however, all the prisoners get woken from their comas, putting pretty Emilie in grave danger. That’s where super-sexy Guy Pearce gets involved. Pearce plays Snow, a man accused of espionage who’s offered a deal: Rescue the president’s daughter from space-prison and he won’t spend the next 30 years to life comatose. He takes the deal and the movie takes off!

With explosive, very fast-paced action, Guy Pearce charms as Snow, a good-bad guy with a biting dry wit (think Bruce Willis in Die Hard) that will have you laughing despite the high-stakes of Emilie’s rescue mission. With this mix of humor and action, Lockout excites from beginning to end. Maggie Grace plays Emilie with a guarded iciness that ultimately ensures her survival and possible romance with Snow, as men always want to melt the ice queen. Joseph Gilgun (This is England) is fabulous as Hydell, an inked-up, cockeyed prisoner, bordering on psychosis. He is a loose cannon you will love to see fire. 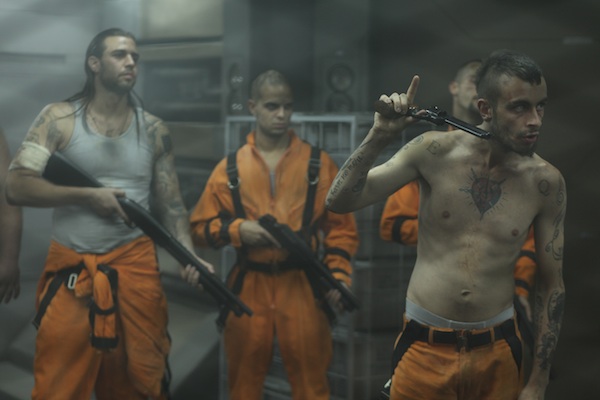 Bottom line: More action than sci-fi, Lockout’s Guy Pearce delivers as a solid action hero. Though the plot is a bit predictable, the fast-paced action, along with Pearce and Gilgun’s talent, make for a fun night at the movies.