Keith Olbermann is speaking out about his dismissal from Current TV — but his backhanded apology succeeded only in painting Al Gore and other network heads as cheapos. 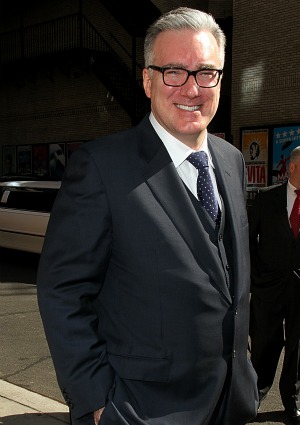 Keith Olbermann is no stranger to being fired — MSNBC canned him twice themselves — but he takes great offense at the way things went down with Current TV.

The news network let Olbermann go last week with a terse statement that Olbermann was no longer reflecting their values of “respect, openness, collegiality and loyalty to our viewers.”

While Olbermann immediately fired back on Twitter, he decided a trip to The Late Show with David Letterman would be a far better place to really drive his point home: His show didn’t work because the network — headed by former Vice President Al Gore — is cheap and didn’t give him the support he needed.

“I screwed up: I screwed up really big on this,” Olbermann said in his first real interview since this all went down. “It’s my fault that it didn’t succeed, in the sense that I didn’t think the whole thing through.”

And yes, he intends to sue for breach of contract — using the same lawyer who nabbed a $45 million payday for Conan O’Brien when he was let go by NBC.

Disgraced former New York Governor Eliot Spitzer will be taking over Olbermann’s time slot. Spitzer resigned in scandal in 2008 after he was discovered to have a nasty little high-priced call girl habit.