What is the last thing you’ll want to do when going through a very public split? Guest host a morning talk show! Facinelli talks to Ripa about divorce. 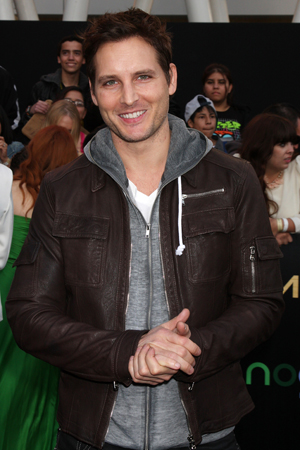 Jennie Garth has already spoken out plenty about her divorce from fellow actor Peter Facinelli, after 11 years of marriage. So while appearing as a guest host on Live! With Kelly this morning, the Twilight actor took the opportunity to share his perspective on the split.

“Jen and I are doing really well,” Facinelli told Kelly Ripa. “She’ll always be in my life.”

However, his definition of “really well” isn’t without its setbacks. “It’s very painful to break up with somebody,” he said. “It’s even more painful when it’s played out in the media.”

Facinelli does have one thing straight though — his priority as a father to his three daughters: Luca, 14, Lola, 9 and Fiona, 5.

“We’re very dedicated to being great parents,” he explained, which echoes what Garth has said is also her main concern during this divorce.

“You know what, my main concern right now is just taking care of my girls, and keeping us intact,” she said to People. “We’re doing really well. We’re just loving each other and we’re all healthy, and that’s all that matters.”

She attributed a lot of it to their recent move to rural California, soon to be shared through the CMT reality show, A Little Bit Country.

“The best thing about living in the country with my girls is that we have more time to spend together, doing the things we like doing,” she reflected. “It’s a better quality of life somehow. We spend a lot of time watching movies around the fire, outdoors having picnics. We have tons of animals that we play with, we go on bike rides. The girls are young and they like it.”