Kim is giving up something for her future reality show coverage. Too bad — her love life is what has given her a ton of ratings, but she is still hoping for the best. 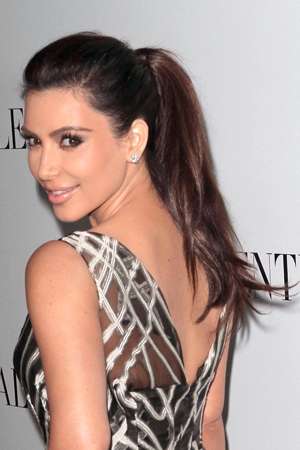 The famous (and incredibly overexposed) family has shown audiences everything on Keeping Up With The Kardashians and its spin-offs. But one sibling is swearing off showing her next romantic relationship on the silver screen.

“I don’t think I would stop [doing the reality show] — I love doing it — but I wouldn’t have another relationship shown on the show,” said Kim Kardashian to British Cosmopolitan, according to People. “That might be too personal, especially when you’re just meeting someone.”

Looks like she’s taking a lesson from her last (failed) relationship with Kris Humphries. Plus, she’s not ready to start seeing anyone new, on or off camera. “[I’m] not even close to dating again,” she confessed. The reality star says she is “just going to work on me for a bit. … I’m putting the past behind me and have never felt more confident about my future.”

Kim also shared that she has a new outlook on love altogether. “I just don’t believe in one soul mate now,” she revealed. “I think you have different soul mates throughout your life, that your soul needs different things at different times.”

However, America’s unofficial royalty isn’t giving up on her lifelong dream. “I do believe in love. I will always believe in love, but my idea has changed from what I’ve always thought,” she clarified.