Hey girl, what’s Ryan Gosling up to these days? Saving women on the streets of New York, of course. You know, the usual. 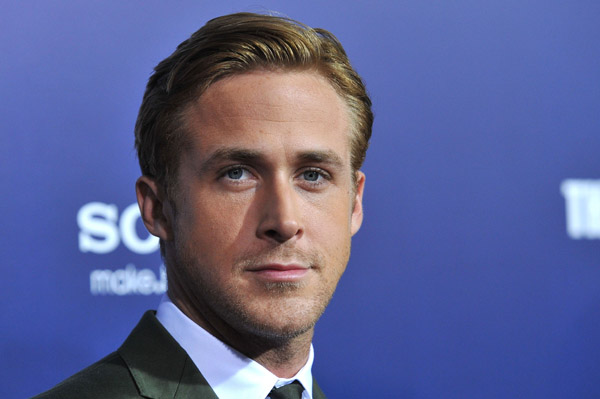 As if Ryan Gosling could get any hotter. The actor — apparently back in the U.S. from filming in Thailand — managed to rescue a British woman from certain death by taxi on Tuesday afternoon.

“I literally, LITERALLY just got saved from a car by Ryan Gosling. Literally. That actually just happened,” British journalist Laurie Penny tweeted, later clarifying with another post. ” I was crossing 6th avenue in a new pink wig. Not looking the right way because I am from London. Ryan Gosling grabbed me away from a taxi.”

Any volunteers? Ryan Gosling wants to be “making babies” >>

Sadly, he did not make our dreams come true, ala the Ryan Gosling meme that’s been circling the interwebs for awhile.

Um, swoon. However, she wasn’t sure it was him at first. “Identity of no-idea-if-actually-a-manarchist-but-definitely-a-decent-sort Ryan Gosling confirmed by girl near me, who said ‘you lucky b****’,” she added.

This isn’t the first time Gosling has rescue someone from the mean streets of Manhattan. Last summer, the Blue Valentine actor broke up a street fight — and of course it was caught on camera.

Did he want the publicity? No, he later told MTV News that the whole experience was mortifying.

“I’m embarrassed,” he told the network. “I think that guy really was stealing that other guy’s painting, so I should have just kept my nose out of it.”

“It was sad, because it turns out that I said to the guy, ‘Why are you doing this?’ He said, ‘Well, he tried to steal my painting.’ I said, ‘How do you know?’ and he said, ‘Well, he comes here every day and looks at my paintings,’ which means the guy was a fan, and so he wanted the painting so bad he had to steal it because he couldn’t afford it.”

Well, at least he didn’t mind his own business when a woman’s life was in danger. Penny, though, is over the whole thing.

“EVERYBODY NEEDS TO CALM DOWN ABOUT RYAN GOSLING NOW,” she tweeted on Wednesday morning, adding that her phone has been blowing up with media requests since the now-infamous tweet.

“I would also like to thank the several other, more anonymous New Yorkers who have saved me from cars since my stay here #trafficfail,” she added.

The Buzz: Ryan Gosling is a two-time hero!

The Buzz – Ryan Gosling: A Two-Time Hero
Ryan Gosling saved a woman crossing the street, making him a two time hero. All we’re wondering is…can he get any hotter?!

50 mins ago
by Ellen Niz