Lauren Conrad is discussing her body issues while posing topless — but if you want to see her hills exposed, you’ll have to use your imagination. 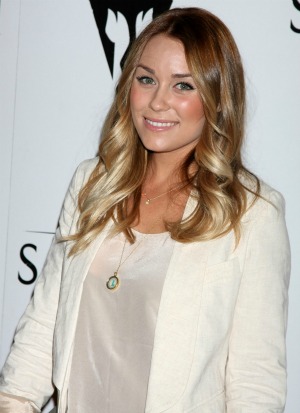 Lauren Conrad has successfully transitioned from reality star — The Hills basically revolved around her life — to fashion mogul, but there’s one thing that still scares the bejesus out of her: Wearing a bathing suit in public.

Conrad sat down with Glamour magazine to chat about body issues, her love life, the real scoop on The Hills and why all the castmates aren’t BFFs anymore.

“On the vacation to Cabo, I wore a bathing suit on the beach for the first time in years. Usually I’m just petrified. A couple of years ago someone zoomed in on my cellulite and it was so mean. I took it really personally. I haven’t worn a bathing suit in L.A. in years because of that.”

“I wish I dated as much as people thought I did! It’s really funny because almost everyone that I’m reportedly ‘dating’ is a friend of mine. About half my friends are guys, and I’ve always gotten along really well with guys. You just have to laugh at it.”

“During shooting, the producers would send us quick text messages telling us what to talk about. They couldn’t walk through the shot, so they’d just text me, like, ‘Say something quick about this story line.’ That’s why we were always checking our phones!”

Why Heidi Montag isn’t her BFF:

“The show is what brought a lot of us together, and when it was gone, we didn’t have anything in common anymore.”

Read the complete interview with Lauren Conrad in the May issue of Glamour, on newsstands April 10, 2012.