Dumb and Dumber is getting a sequel. After nearly 20 years, Jim Carrey and Jeff Daniels will reprise their roles in the Farrelly Brothers follow-up.
Get ready for a new adventure from the intellectually challenged Harry and Lloyd. 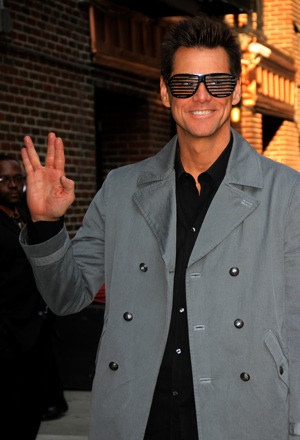 Directors Bobby and Peter Farrelly have made a “dumb” decision. They’ve agreed to direct a sequel to their 1994 hit Dumb and Dumber.

The film famously starred Jim Carrey and Jeff Daniels and features one of Carrey’s breakout performances.

According to ComingSoon, Peter Farrelly confirmed the sequel, while promoting his latest comedy, The Three Stooges.

“We’re getting set to shoot Dumb and Dumber 2 in September,” he says. “It’s the first sequel we’ve ever done and we’ve got Jim Carrey and Jeff Daniels back.”

In 2003, the film received a prequel called Dumb and Dumberer: When Harry Met Lloyd. The Farrelly’s are aware of its existence, but claim they had nothing to do with it.

We last saw Carrey in the big screen adaptation of Mr. Popper’s Penguins, while Daniels stars in the upcoming HBO drama The Newsroom.

It’s been 18 years since Dumb and Dumber debuted in theaters. It grossed over $247 million worldwide and developed a huge cult following. Can Carrey and Daniels still deliver?

Are you ready for more Harry and Lloyd?