Here’s another trailer that will jumpstart your heart rate and get you swooning for the rest of the day — Robert Pattinson stars in Bel Ami, out June 8. 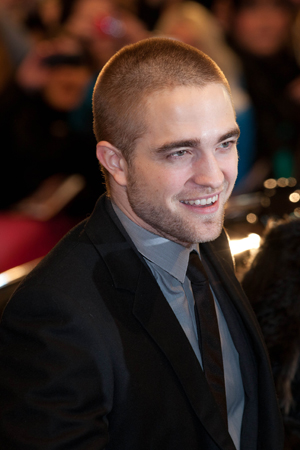 Can’t wait until Breaking Dawn — Part 2 hits theaters in November to get your Robert Pattinson fix? Then you better get ready for Bel Ami, the upcoming film that stars the Twilight Saga lead.

You’re not the only one who sees the attractive quality. In this movie, Pattinson plays an especially coveted role — the target fixation of Uma Thurman, Kristin Scott Thomas and Christina Ricci!

According to The Hollywood Reporter, the film is based on Guy de Maupassant’s novel of the same name. Pattinson plays George Duroy, a poor soldier who seduces his way through French high society, thanks to the likes of his attractive co-stars. Which one will he choose — if any?

Pattinson himself has already made his decision — regarding any future Twilight films, that is. While promoting this film at the Berlin International Film Festival, the actor expressed that he’s pretty much done with the supernatural franchise.

“I’d be curious what Stephenie would write, but I just think I’d probably be too old. I’m already too old,” said Pattinson.

Looks like he’s already successful in moving on! Pattinson will also appear in the upcoming film Cosmopolis and is also a top contender to play the lead in Fifty Shades of Grey — alongside onscreen and real-life love, Kristen Stewart!

Bel Ami hits theaters on June 8. Watch the trailer below: