Is it November yet? The anticipation for Skyfall is building, but Daniel Craig reassures James Bond fans that the upcoming film will be well worth the wait. 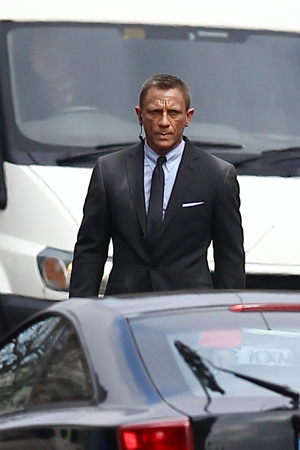 Can you believe that it’s been fifty years of the James Bond film franchise? From Sean Connery to Roger Moore, Timothy Dalton and Pierce Brosnan, it’s no wonder that Daniel Craig isn’t willing to give up the iconic acting gig just yet. In fact, he plans to “keep going until they tell me to stop.”

According to E! News, he explained further: “I know there’ll be someone after me, and hopefully someone after them — I’m just trying to keep [the series] going.”

And though it’s been four years since the last Bond flick, Quantum of Solace, was released in theaters, Craig reassures audiences that Skyfall will be worth the wait (especially if Adele is championing the theme song!)

“We haven’t been resting on our laurels, we’ve been plotting what to do with this film,” he said. “The first one was a whirr — it was a new experience and flew by — the second one was the tricky second album, but this one we’ve really planned and got a great script.”

But don’t expect more of the same, he warns fans, especially since the film features the all-star talents of Javier Bardem, Ralph Fiennes, Albert Finney and Judi Dench.

“It’s going to be different from the last one, but it will still be a good Bond movie.”

49 mins ago
by Caroline Greelish