Political pawn and wannabe reality star Levi Johnston has gone and gotten another girl pregnant. Who is she — and does Bristol Palin know about this? 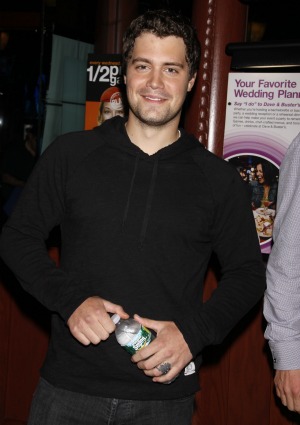 Levi Johnston is breeding again! The almost son-in-law of almost Vice President Sarah Palin is reportedly expecting another baby, despite rarely spending time with the one he already has (says his baby mama Bristol Palin).

The 21-year-old Playgirl cover model is expecting another kid, this time with girlfriend of one year Sunny Oglesby a source told TMZ. Johnston has been dating the 20-year-old, thought to be less than three months along, since ending his second blink-and-you-miss-it engagement to Bristol Palin in 2010.

The couple broke up yet again when Bristol figured out he was lying and using her for publicity, kind of like how she was drumming up publicity for her turn on Dancing with the Stars, which was announced shortly afterward. Johnston began dating Oglesby, his latest maybe baby mama, shortly afterward.

Will Johnston be more involved in this baby’s life than he is with his son Tripp? Don’t get on his case about that, he said, because it is the Palin family that keeps him away from his son, not anything he himself does or does not do. In fact, the source said that Johnston has not been able to tell Bristol the big news himself because her family keeps her so alienated from him.

Read on for more Levi Johnston