Khloe Kardashian Odom is the cover girl for the May issue of Cosmopolitan and she’s dishing on more of the same stuff: How much she hates reality television, how much she loves her husband and why her mother isn’t always a great manager. 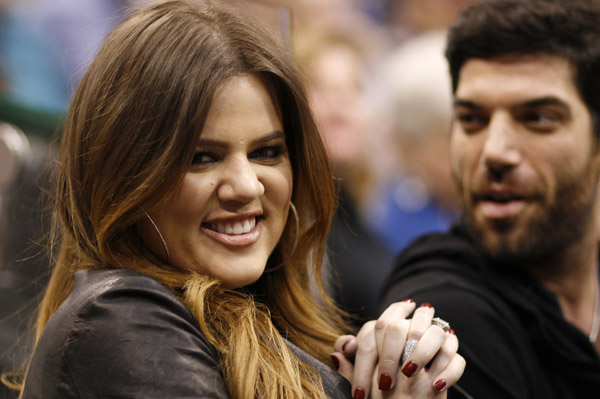 Khloe Kardashian has gained a reputation over the years as the sister who isn’t afraid of saying what she thinks. Now, she’s telling Cosmo exactly what she thinks of her mother’s constant nagging over her weight.

“Listen, my mom believes in us more than we believe in ourselves,” she told the magazine in her May 2012 cover issue. “But she is also our manager and trying to protect our brand. She’ll say, ‘Oh, you’re a little too fat right now.’ If she were just my manager, I’d have fired her right then. You can’t talk to me like that.”

But, Kris Jenner is her mother — and apparently that gives her the right to say whatever she wants about her daughter’s looks at any time.

“You don’t care and it’s very, very upsetting to me because I’ve worked so hard at creating what I think is a great deal for you girls and you’re not pulling your end of the weight,” Jenner, 56, told her daughter on a 2011 episode of Khloe and Lamar. “I feel like you could not chat about how many cookies you’re eating in between meals (to the media).”

“To tell me I’m ruining a whole brand because of my weight gain makes me feel like s***. Get over yourself,” Khloe snapped back. “Do you want me to get pregnant? Do you want me to lose weight?”

“You tell me you want me to have a baby every second, but I can’t be on some crazy diet. I just don’t get what you want out of me!”

However, her hubby likes her just the way she is.

“It’s not about the kitchen Lamar, it’s about the fact that I’m so f***ing fat,” she cried to Odom. “I’m so tired of pretending that I’m happy with my weight, just to be a good role model, when I’m so f***ing disgusting.”

Also, were you aware that living on reality television is stressful? We wouldn’t know, since Khloe and the family take every opportunity to go on television. However, at least she’s aware of what she gets paid to do.

“Moving in general is stressful, so moving to a state that I’ve never been is stressful,” she told the Associated Press about moving to Dallas with her NBA players husband. “Then I’m having the camera crew film and for them, they love it. They’re like, ‘This is gold!’ I’m like, ‘Can’t you just leave us alone for one week?’ But, you know, that’s what you know we signed up for.”