The Tony Awards can’t get enough Neil Patrick Harris. Once again, they’ve tapped the How I Met Your Mother star to host the annual ceremony. What tricks will the Emmy-winner have up his sleeve? You’ll have to tune in to find out! 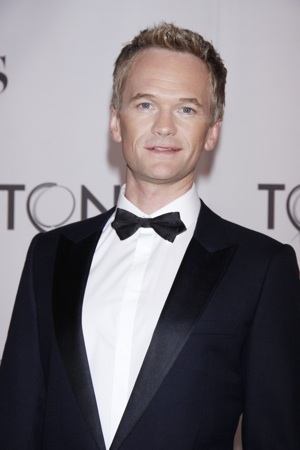 He’s back! Neil Patrick Harris is returning to the stage to celebrate the best Broadway has to offer. The actor, singer and all around showman is hosting the Tony Awards!

Harris is no stranger to the ceremony. This will mark the third time he’s emceed the event following stints in 2009 and 2011.

“I’m thrilled to be a part of this year’s Tony Awards,” said Harris. “Not only will I be shining a spotlight on the best that Broadway has to offer, but hopefully I’ll score some free house seats to a show or five.”

When Harris initially hosted in ’09, he and executive producers Ricky Kirshner and Glenn Weiss earned an Emmy nomination for Outstanding Special Class Program.

Such critical success is just one of the reasons the Tony Awards and Harris make a good team.

“We’re excited to be working once again with the extremely talented Neil Patrick Harris,” said Kirshner and Weiss. “Last year’s show was such a success and we can’t wait to bring it to new heights this year!”

In 2011, Harris not only hosted but also co-produced the show. And he’ll continue to pull double duty to bring us awesome and hilarious performances. He has big shoes to fill — his own.

Who can forget last year’s opening sequence where he declared, “Broadway: It’s not just for gays anymore!” It was a true showstopper.

The 2012 Tony Awards will be held Sunday, June 10 at the Beacon Theatre in New York City. It will be broadcast live on CBS at 8 p.m. ET/PT.

Are you excited for NPH’s Tony return?