It’s been 15 years since Leonardo DiCaprio and Kate Winslet played star-crossed lovers in Titanic. Now, the epic love story is getting a re-release. The movie might be the same, but the actors aren’t. Find out what Winslet really thinks of the man who played Jack Dawson. 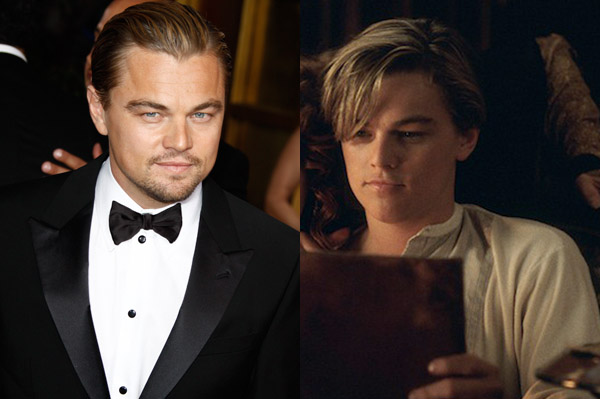 Now, Winslet wasn’t really blasting her former co-star — the two are good friends in real life, so she’s just joking. She’s right, though — he is bigger than he was back in the ’90s. Not that it’s stopped him from landing model after model. He’s currently dating Victoria’s Secret model Erin Heatherton and he just might be having an affect on her eating habits.

“I love apples and almond butter, but I think it’s making me fat right now,” the 23-year-old model told US Weekly. “But I just love almond butter!”

“I just started this class, Pure Barre, which is so awesome and hard. It’s inspired me to change up my workout,” Heatherton told the gossip magazine. “I used to only really do yoga, because I feel yoga is important for everyone — it really calms me down and it’s important to stay flexible.”

“Even if you don’t have time for a big workout, stretching in the morning and night really changes your body.”

Wonder if Leo does the workouts with her? That’s a view we’d like to see.

Are you pumped to see Kate Winslet and Leonardo DiCaprio back on the big screen together in the re-release of Titanic?