Think you can stalk Alec Baldwin’s fiancée in yoga class and get away with it? Think again, because this actor isn’t afraid to call out conniving reporters on Twitter. 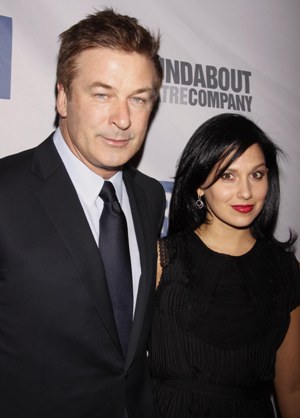 Alec Baldwin‘s Twitter account details the actor’s frustration over two reporters who snuck into his fiancée’s yoga class Monday. Not only did he call the pair out for their deeds, but slammed their publication and dabbled in name-calling.

The 54-year-old’s series of tweets continued, “In NYC, it’s common knowledge that the News is trying to give the Post a run for its $ in the slime dept. Clearly, they’re succeeding….Shame on the no- talent trash from the Daily News for invading the privacy of 75 people in a yoga class to take a picture of someone.”

“Rest in Peace, the New York Daily News, which was once a good newspaper. Now run by the same trash that runs the Post.“

The actor then began tweeting to the account of Enid Alvarez, who he seems to think bears a resemblance to Jersey Shore star Snooki. Addressing her directly Alec Baldwin wrote, “Are you the Snooki look-a-line that snookied your way into a certain yoga class today? Shame on you, Snooki!” He continued, “@Koolkat130 is poor man’s Snooki who ruined everyone’s yoga class for the NY Daily News…”

Baldwin then went on to share a photo of Simone Weichselbaum, writing, “Here’s the nutty b**** who crashed the yoga class today with Snooki Alvarez…”

“OK….peace out Simone and Snooki,” he added before giving a final mocking dig at the pair. “They call themselves ‘crime reporters.'”

Do you think the reporters went too far by attending the yoga class of Alec Baldwin’s fiancée?