Sources say Kris Humphries feels his marriage to Kim Kardashian was a sham designed to make her and her family a lot of money. He reportedly turned down Kim’s offer of $7 million and demands she issue a public apology. 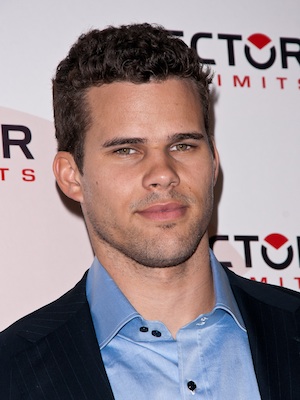 Page Six cites sources who say Kris feels “the entire wedding was staged by her and her family.”

They say Humphries refuses to move forward with their divorce until she gives in to his demands. Page Six talked to a friend of Kris Humphries who revealed to the newspaper the NBA player is more concerned with his reputation than making money off his pending divorce.

“Kim’s camp is depicting him as money-hungry, but in fact he turned down a $7 million settlement. Her camp is putting out stories about Kim’s divorce hoping he’ll cave in, but he won’t.” Their source continued, “Kris wants Kim to admit to fraud, to admit the whole thing was staged for publicity, to make a public apology to him because he really wanted a marriage.”

And it looks like Humphries is actually serious. Page Six says Humphries “took the unusual step of filing for an annulment based on fraud” and demands Kim report the total amount she earned off of their 72-day marriage.

In March, it was reported Kris asked for $7 million from Kim to avoid him prolonging the divorce.

The quick demise of their relationship coupled with the estimated $18 million Kim made from their two-hour E! televised wedding led many to believe the marriage was done for the increased — and very profitable — exposure to the Kardashian family. Inside sources claim Kim has a history of publicity stunts.

A former publicist for Kim Kardashian, Jonathan Jaxson, told RadarOnline in February 2012 that Kim’s engagement ring from Humphries was really her own ring purchased during her days with NFL player Reggie Bush. Jonathan explained that in 2007, “Kim wanted to stage a paparazzi moment acting like she got engaged because she was with Reggie Bush at the time, so I did a set up with her with the same ring.” Jaxson later issued an apology and said his comments were merely his opinion and “not intended to imply firsthand knowledge of Kim’s thoughts and feelings.”