Adam Levine is the leading man of Maroon 5, last season’s winning judge on The Voice and the man behind the newly launched 222 Records. What’s next? Acting! 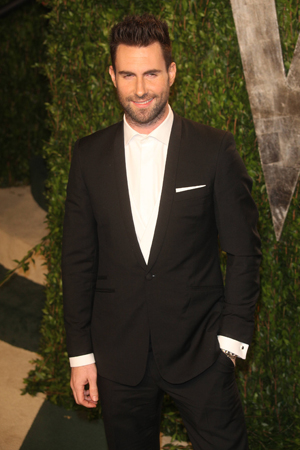 A new fragrance and a Glee-ful record label just isn’t enough. A true Renaissance man of Hollywood, Adam Levine has yet another new venture ahead.

After much speculation and rampant rumors, the Maroon 5 singer has confirmed that he will be appearing in the FX thriller, American Horror Story, according to E! News.

“It is the truth,” Levine confirmed to Ryan Seacrest. “I mean, it’s pretty much happening. I think it’s happening. I don’t know how much I can divulge, because Ryan [Murphy] is very under wraps.”

Levine’s scripted television debut will have The Voice judge playing a “contemporary character” and half of the couple “The Lovers.”

“It’s going to be fun. And I told [Ryan] I really didn’t know what I was doing but he didn’t seem to really care,” Levine continued. “So I’m just going to go and try to [do] acting. I think I’m going to be kind of playing myself so hopefully it will be easy.”

Levine is excited to be working with Murphy, the man behind both AHS and Glee. And the crew of the show must be happy to feature the singer as well, since they’ll be accommodating his summer touring schedule to film his scenes.

“He’s really great,” Levine gushed. “And I love the fact that he believes in me to throw me out there.”