One of Christina Aguilera’s contestants already has a strategy in his back pocket. Kansas opera singer Chris Mann thinks he’ll win over the crowd by staying classy. 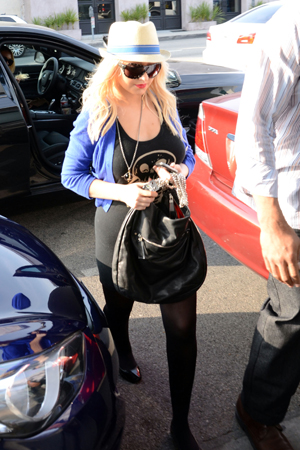 Now that the blind auditions and the battle rounds are over, the real competition of The Voice can begin — the live shows start tonight! All 24 contestants finally return to the stage to perform for fans’ votes.

One contestant has a strategy squared away. Chris Mann, the opera singer from Kansas, is ready to be himself as a member of Christina Aguilera’s team.

“That’s why this show is so awesome,” Mann told The Hollywood Reporter. “Because it lets me sort of not apologize for who I am and just sing.”

He added: “I have some tricks up my sleeve,” and also explained that he does expect to be nervous before performing with a ton of adrenaline.

Mann said his first performance will be both “classic and classy” — and he can’t wait.

“I’m feeling good. I’m excited. The presentation that they’re giving me on stage is kind of a dream come true,” he continued. “It just seems like it’s time… We’ve all been watching the battle rounds and it seems like a lifetime ago, so it’s exciting to get going again.”

And how’s he doing on Team Xtina? Looks like he’s already won!

“I’m always amazed by how intuitive she is,” he reflected. “It was all things that I was hoping would happen, and she immediately knew what I wanted. I couldn’t be happier with her. She’s pretty much the best.”

Tune into The Voice tonight at 8 p.m. EST on NBC!

Jewel on The Voice: “Christina is so skilled, she’s like a Ferrari”
Kelly Clarkson and Lionel Richie to sing Duets all summer
Ratings: The Voice continues to be heard

42 mins ago
by Caroline Greelish