Breast cancer won’t stop Giuliana Rancic from becoming a mother! She and Bill Rancic reveal their hopes for the future. 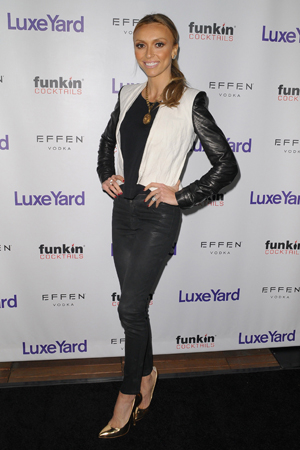 It’s been about four months since Giuliana Rancic went under the knife for a double mastectomy and reconstructive surgery. How are she and Bill doing?

“I’m good,” she said on The Today Show this morning. “I mean, it’s been a tough journey… but after further research and further testing, as of now, I won’t be needing chemotherapy, which is fantastic news. But I will go forward with oral medication. You do what the doctors tell you to do and it’s going to be OK.”

Giuliana’s breast cancer was first discovered while she and Bill were exploring IVF options, but her health hasn’t been a deterrent toward their goal of becoming parents. “There’s a lot of things we haven’t looked at yet,” said Bill Rancic. “So, we’re going to dive in and I think this is going to be our year.”

Added Giuliana: “At the end of the day, whether you have a baby naturally, through adoption, through surrogacy, it’s your baby. You’re going to love that baby and that’s all that matters.”

The diagnosis hasn’t been all bad for Giuliana and Bill; in fact, it’s improved their relationship. “It’s brought us so much closer together and it’s actually helped us find the humor in everything because when you go through something this tough, you have to — at some point — laugh and get back to your normal life. That’s what Bill helped me do,” explained Giuliana. “Honestly, it’s really reinvigorated our relationship in many ways. We’re closer than ever, that’s for sure.”

“I think, in many ways, it makes the little things not seem as important. This summer, we’re going to renew our vows,” Bill also added. “And really take life on and look at it in a new light.”