The more things change — the more they stay the same. Yes, “War is coming” but HBO’s season 2 premiere of Game of Thrones opens not on a bang but a whimper. 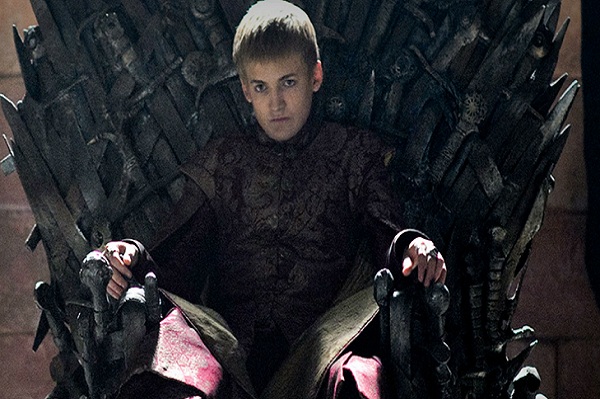 It was the worst of times, it was the… worst of times. It seems we will still be waiting for the best of times in Westeros for quite a while. We pick up where we left off in season 1 for the season 2 premiere of Game of Thrones on HBO. In episode 11, “The North Remembers,” all the characters seem to be marching toward the finish line from the story developments of season 1 — and they cross it at a crawl. But that’s okay, I like that each character gets equal screen time and I like the slow build to the start of season 2. It doesn’t start at a boil but a simmer.

The evil tween king Joffrey has a precarious grip on the throne (although he’s too maniacal to realize it) and Robb Stark is planning to wage war to avenge his father’s ignoble death. The Lannisters — still as creepy, corrupted and twisted as ever — are in the midst of losing the throne, in part due to their own idiocy and hubris and in part due to the fact that the king is there by fraud. The evil tween king is, in fact, a Lannister. A secret that drove much of the action in season 1 is nicely exposed in this episode so we know we will be on to new stories and new developments. As bad as the Lannisters are the Starks are good. They are even more honorable and immensely likeable at the beginning here as Robb wages war. Last but not least we catch up with Dany, still on the march through the desert lands and still as dragon-loving and mythic as ever.

The problem is that the episode ends on a scorch: The premiere contains some of the most grizzly scenes probably witnessed on television — even by Thrones standards. However, since this is all epic fantasy it makes it bearable to endure.

We open on the evil tween king Joffrey watching men fight to the death while berating his young tween wife/queen for basically breathing. Did he ever think she might still be upset over the fact that he beheaded her beloved father Ned Stark? Nope. Not this king. He is beyond petulant and rather insane. We hate him, and pretty much all the Lannisters (save Tyrion) with a passion. They are an old, powerful family who care nothing but for their own advancement at all costs. Even Tyrion’s charm is dubious when the concern he shows for the Stark captive-queen is only measured by what she can do for the Lannisters. As HBO posters have reminded us: “War is Coming.” Maybe the Lannisters would have a stronger grip on the throne had they not beheaded the realm’s most honorable Lord, Eddard Stark, put a bastard, incest-born son in as king, kidnapped their two daughters and told everyone else to basically stick it.

It is in this messed-up, mixed-up state we find all the other characters crying a form of “foul!” or “not fair!” Dany, the determined mythical Dragon Queen, is apparently a one-woman army and will cross the endless desert on foot to try to set right this tween king’s wrong and reclaim the throne.

And poor Robb Stark: The noble son of Eddard “Ned” who is waging war, and a righteous one, to avenge his father’s death. As he tells the wimpy Jaime Lannister (whom he keeps in a cage) that if he has to behead Lannisters as king, he’ll do it by his own hand. He’s honorable and noble and the exact opposite of the Lannisters.

The Lannisters no-good ways in season 1 caused a lot of damage: They pushed the young Bran Stark out the window and he’s still paralyzed. The youngest Stark daughter disguises herself as a boy and escaped the royal house at Kings Landing. Jon Snow took a job on the lonely Night Watch. Speaking of — you would not think that there would be anything more horrific than the zombie-like creatures beyond the wall, but you would be wrong. The disgusting characters the Night Watch must camp with makes some Grimm Fairytale characters look tame.

Former Queen Cersei is drunk on power and shows no signs of changing. In a shoot-the-messenger moment when one of her advisors reveals to her a nasty rumor and declares, “knowledge is power,” just because she can — she orders his throat slit then changes her mind, declaring “no, power is power.”

Even the clever dwarf Tyrion (who steals nearly every scene) seems to be just angling for position. He has his companion hidden away at King’s Landing and is now serving as “Hand of the King” per his father, something that drives Cersei bonkers. The tension builds until she slaps Joffrey who, like a true Lannister, reminds her that this act is punishable by death and she should watch her step. Ah, family!

The Starks deal with the hand dealt to them in the way that most honorable (read: normal and not insane) people do: They make the best of it. Despite having been catapulted out a window at the hand of queen and brother-lover Lannisters last season and rendered paralyzed — Bran dutifully carries out his tasks as the new young Lord of Winterfell, ever loyal to his brothers. His witch-nanny wonders about his dreams of wolves. Bran wonders about the red comet in the sky, blazing across the entire realm and what it signifies for Westeros. His witch-nanny proclaims that it means one thing and one thing only: “dragons.”

Robb Stark is waging war and wants to align with anyone and everyone he can to storm Kings Landing and take down the evil Lannisters. He’s declared himself King of the North and wouldn’t mind if it stayed that way. The Starks are incredibly likeable. Yet there’s a depth to them not seen even in some comic book superheroes. When Robb tells his mother of Stannis, a true Baratheon, who is also making claims to the throne, she pointedly remarks that there is “a king in every corner.”

Stannis rounds out the introduction of a new house laying claim to the throne. The heart of this one is a red-headed Fire Priestess named Melisandre (try saying that three times fast). Stannis sends out the ancient equivalent of a tweet with some juicy gossip: He sends scrolls to every corner of the kingdom dropping the bombshell about Joffrey — he is not a Baratheon, born of the king, but is in fact a Lannister, born of the queen and her brother-lover and hence, has no real claim to the throne. Stannis hopes this gossip-meme will help pave his way to the iron chair.

Right now, Thrones is in safe territory: clever and enjoyable. It walks a fine line, like many of its characters, and if not careful can fall off the edge into an abyss of indifference (or worse — outright rejection, as a few have noted online). If it’s too over-the-top it becomes a macabre exercise and loses its mythical/fantasy element. I, for one, want to enjoy the battles, both internal and external, family-political and the fight for the throne but not in a way that repulses or jumps the shark. In essence, we have to root for someone in this world and hope that they, somehow, some way, can right its wrongs.