The wait is finally over. Tonight, Gossip Girl returns to The CW with an all-new episode. SheKnows recently spoke to GG executive producer Joshua Safran about the show’s drama-filled future. Will Ivy get her just desserts? Have Dan and Blair hit a roadblock? And will Serena open Pandora’s box? 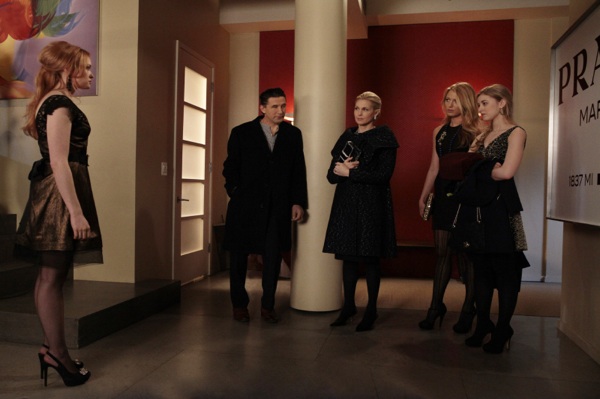 In tonight’s episode, “Con-Heir,” Dan (Penn Badgley) and Blair (Leighton Meester) face a serious problem. They want to consummate their relationship, but it’s easier said than done. Is this just for laughs, or is there a deeper problem?

“I think on the outside it’s comedic, but deep down it’s very much about expectations,” reveals Safran. “For Dan, he’s been in love with Blair for a while. So finally getting to this point comes with a lot of hopes and thoughts and feelings that sort of muck things up. And as for Blair, [she’s] coming out of the life of her dreams, which was to be a princess or a queen and then realizing that’s not what she wanted at all.”

He continues, “She’s coming into this safe space with this person that’s been her friend and by her side for a while. What is it like to transition into being romantic with a friend? That also comes with it. That can sort of cause issues.”

But what about Chuck?

Speaking of issues, Blair’s former beau Chuck (Ed Westwick) may still cause problems for the pair, but not in the way you think.

“Dan knows just how much Blair cares about Chuck and also knows how much Chuck still cares for Blair. So will he be able to make peace with the fact that there’s this third party that hangs around the relationship?” Safran explains, “I think for Blair, she’s going to realize that Dan may be having some trust issues and understands why he would because of how much of a place Chuck had taken in her life. That’s going to rear its head a little bit.”

Blair had a real-life Prince Charming in Louis Grimaldi (Hugo Becker), but their union didn’t last. Have we seen the last of him?

“Our door is always open, but there are no plans for right now. You will not see the Grimaldis for the remainder of the season.” 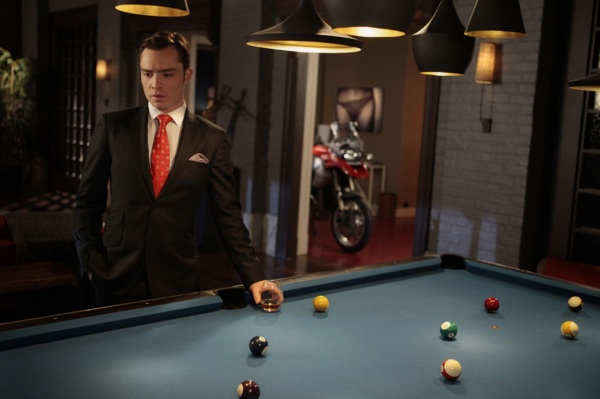 Chuck and his Uncle Jack (Desmond Harrington) have had a tumultuous relationship. But following Chuck’s accident, Jack was his saving grace. Can we trust their newfound friendship?

“I wouldn’t say they’re friends,” explains Safran. “I definitely think they’re enjoying their dynamic a little bit more and they understand each other a little bit better. Then of course, it’s Gossip Girl, so that story does have a twist in it on Monday. It’s in regards to what Chuck thinks Jack did for him and where that story goes. It’s really going to open up a whole arc for Chuck.”

Diana Payne (Elizabeth Hurley) is returning to Gossip Girl with secrets in tow. She’s a woman on a mission, who’ll stop at nothing to get what she wants.

“It’s her goal to take her spot back that she left. She wants to be back at The Spectator. She wants to be back in Nate’s (Chace Crawford) heart. She also might find that her secret alliance with Jack may be coming out into the open,” teases Safran. “And just what exactly is that alliance about? You’ll have to wait and see, but it’s definitely juicy.”

Ivy’s the odd man out

The last time we saw Ivy (Kaylee DeFer), she received a hefty inheritance from CeCe Rhodes. With Ivy’s new money came great power, which she used to kick Lily (Kelly Rutherford) out of her home. What’s her endgame?

“The truth is she really does want a family above anything. She had a terrible upbringing, a terrible childhood,” says Safran. “Watching these people, and when they accepted her and what that felt like — she very much wants to get that life back. It’s not about money. It’s not about status.” 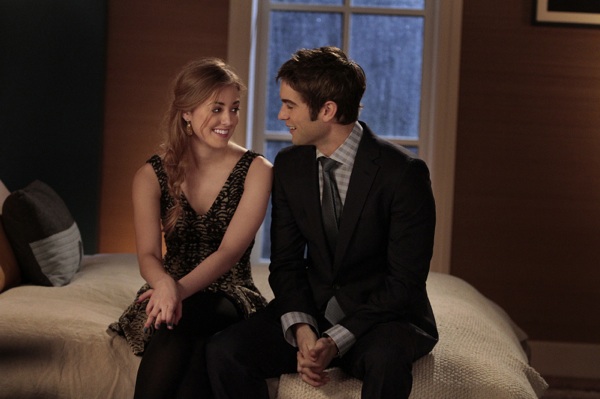 Lily’s on the warpath

Lily’s down but not out. How far is she willing to go to exact revenge on Ivy?

“She goes pretty far and it definitely causes a wedge between her and Rufus (Matthew Settle),” hints Safran. “We’ve seen the lengths in past years that Lily has gone to protect her family. And she feels equally threatened now. Even though, everyone thought Lily had reformed, maybe she hasn’t reformed as much?”

William van der Woodsen (William Baldwin) recently learned that his affair with Lily’s sister Carol (Sheila Kelley) produced a child — Lola (Ella Rae Peck). So when will that cat be let out of the bag?

Safran admits, “I will say that by the end of the season, everybody knows.”

Serena (Blake Lively) has been given the ultimate gift — Gossip Girl’s computer. Everyone’s dirty little secrets are at her fingertips. Will she use its gossipy power for evil?

“This whole season, Serena’s story has been about having everything taken away from her. It’s just been a constant stream of ‘Wait a minute. I thought I was doing the right thing but I keep losing this stuff.’ Suddenly, this thing lands in her lap that could restore all the power to her and more. The question becomes, ‘Will she use it? And if she does use it, will its power take hold and take her to a darker place than she expected?'”

Whew! Can you say drama?

Gossip Girl airs Mondays at 8 p.m. ET/PT on The CW.