Oprah Winfrey gave a rare interview this morning and opened up about her struggling network OWN. What did the media mogul have to say? 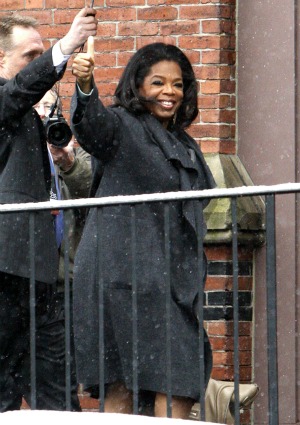 Oprah Winfrey is trying to keep her struggling network afloat, and she finally is talking about her problems in doing so. In a rare interview, the media mogul opened up to her BFF Gayle King on CBS’ The Early Show about the recent shakeups at OWN and the problems she’s had launching the network.

“The idea of creating a network was something that I wanted to do. Had I known that it was this difficult, I might have done something else,” Oprah said. “I didn’t think it was going to be easy, but if I knew then what I know now, I might have made different choices.”

Comparing the launch of the network when she did to “having the wedding when you know you’re not ready,” Oprah admitted, “If I were writing a book about it, I could call the book 101 Mistakes.”

A lot of the problem was bad timing, Oprah revealed. “I would have probably waited until I actually finished The Oprah Show. Because from the day that (Discovery Communications boss) David Zaslav came in to see me, I said to him, ‘The thing that I’m worried about [is] who’s going to lead this train because I can’t do it.'”

Even Saturday Night Live creator Lorne Michaels warned her of the trouble ahead, telling her that even her TV contemporaries weren’t rooting for her. “‘No one wants to see you come off The Oprah Winfrey Show of all those 25 years of success and step right into the network business: You’ve got to pay your dues,'” she said he told her.

In what she called “the most painful” decision she had to make, Oprah laid off 30 people last month and canceled Rosie O’Donnell’s talk show. Regardless, the icon said she is committed to building a quality network.

“Actually, I feel better about our network OWN today than I ever have,” she said.