Michael J. Fox revealed that his first method of dealing with his Parkinson’s disease diagnosis was the worst method: He turned to alcohol. Read on to find out how he beat his demons. 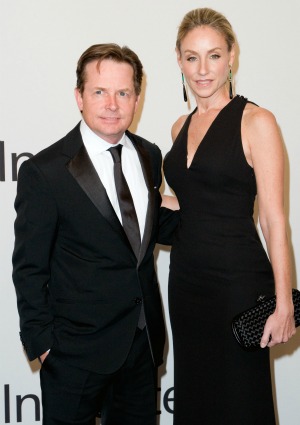 Michael J. Fox was 30 years old and at the peak of his career when he learned he has Parkinson’s disease. Now the star reveals he initially turned to alcohol to help him deal — but it was his wife, actress Tracy Pollan, who dragged him out of the depths of despair.

“For a time I dealt with it with alcohol, which turned out to be a disaster,” Fox told Parade magazine. “I’d always been kind of a partier, but this was the first time I was drinking in order not to feel something. It had a dark purpose.”

“About a year after my diagnosis, I woke up one morning and saw (wife) Tracy’s face,” he explained. “She said, ‘Is this what you want?’ Instantly I knew — no, this isn’t what I want or who I am. So I quit drinking in ’92. I recognized I had choices about drinking, and that made me realize I had choices about Parkinson’s as well.”

Despite his struggle with the disease, Fox said he doesn’t “look at life as a battle or as a fight.”

“I don’t think I’m scrappy. I’m accepting. I say ‘living with’ or ‘working through’ Parkinson’s,” he said. “Acceptance doesn’t mean resignation; it means understanding that something is what it is and that there’s got to be a way through it. I look at it like I’m a fluid that’s finding the fissures and cracks and flowing through.”

As for his marriage — at 23 years and running, an eternity in Hollywood — Fox explained, “We’ve been very blessed and haven’t had a lot of big challenges other than Parkinson’s. Tracy knows she can count on me when there are issues we face. We still love each other and make each other laugh, which is probably the most important thing. She still thinks I’m smart and funny and sexy.”

Read the entire interview with Michael J. Fox in this Sunday’s edition of Parade magazine.