It’s no surprise that the book-turned-movie sensation is number one for a second week in a row at the box office. The teen action film, The Hunger Games, has already earned more than $250 million in domestic box office returns. 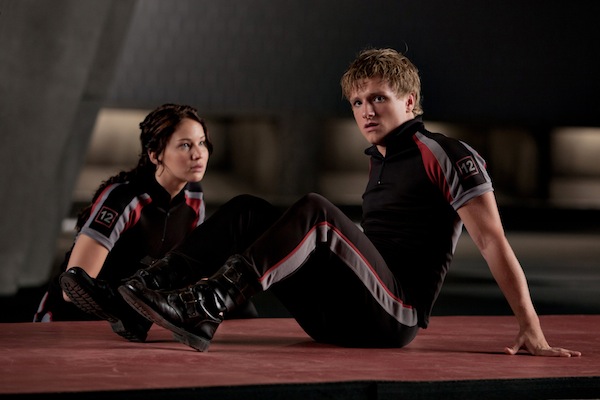 Sweeping the competition under the rug, The Hunger Games is number one for a second week in a row. Starring Jennifer Lawrence, Woody Harrelson and Elizabeth Banks, the story of a young girl who must fight to the death in a public game put on by her government has awakened a new set of fans.

Movie review: The Hunger Games is ablaze with Katniss>>

Grossing over $63.5 million this weekend — a score for even a first weekend film — The Hunger Games destroyed Wrath of the Titans, which came in second with $34.6 million, according to Deadline Hollywood. The sequel to the hit Clash of the Titans starring Sam Worthington didn’t appear to hold up against Katniss’ crossbow.

Coming in a slow third, the Julia Roberts and Lily Collins reprise of the classic Snow White story, Mirror Mirror, only earned $19.3 million. The comedic take on the vintage fairy tale is one of two Snow White films to open this year. Audiences have been waiting to see the difference between Mirror Mirror and Snow White and the Huntsman, and now box office numbers begin to give a sense of how this fairy tale drama will play out.

Coming in fourth this weekend with an estimated $14.8 million is 21 Jump Street, the action comedy starring Channing Tatum and Jonah Hill. The raunch-com is about two 20-something cops who have to go undercover in high school.

The tree-hugging 3-D sensation, The Lorax, came in fifth this week with an estimated $8.3 million. The reprise of the popular Dr. Seuss story has been popular with parents and kids alike.

Disney’s John Carter adventure about a Civil War soldier who travels to Mars only to find even more conflict there earned an estimated $2 million, bringing it in at number seven.

The romantic comedy based on the book with the same name, Salmon Fishing in the Yemen, came in seventh with an estimated $1.7 million. The story about a rich sheikh who wants to bring salmon fishing to the Middle East stars Ewan McGregor and Emily Blunt.

Coming in eighth on what has been a good run is Act of Valor, the Navy SEALs action drama, with $1.3 million. And, rounding out the top 10 are A Thousand Words at ninth with $1 million and Project X at tenth with $255,000.