The Good Father is a beautifully devastating account of parenting and defending a child you no longer know.

This is how it happens. There is nothing and then, suddenly, something. A family making dinner, talking, laughing, and then the outside world muscles in. Page 15 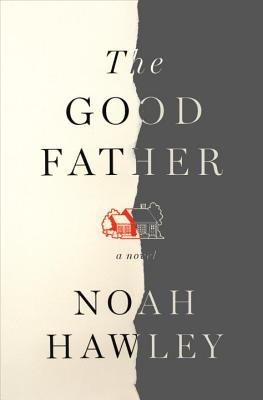 For Dr. Paul Allen, life is good. As the Chief of Rheumatology at a prestigious hospital he is at the top of his game… career-wise, and he has a lovely wife and two wonderful twin sons. However, life was not always so idyllic. His relationship with his first wife was a disaster. They married only because she was pregnant and divorced before their son Daniel was out of elementary school. Paul loves his first son, but living across the country from one another, and Paul’s busy work and family life, have kept the two from ever becoming close. In fact, it isn’t entirely clear how much Paul even thinks about Daniel from day to day.

All of this changes one summer night. Paul and his wife are watching a televised campaign event for a young, charismatic presidential candidate when a shot rings out at the rally and the candidate falls. Before Paul has truly grasped what has happened, there are FBI agents at his door to take him away. Daniel, now calling himself Carter Allen Cash, has been identified as the shooter. Suddenly Daniel has gone from the back of Paul’s mind to the forefront of his every thought.

Unable to believe that the boy he knew committed this act, Paul dives deep into a quest to clear his son’s name. A quest which involves ferreting out details about the last year of Daniel’s life — a year spent roaming the country and even working for the candidate’s campaign at one point — and examining case studies of other political assassins, trying to make the pieces of the puzzle fit together.

The Good Father is an enormously affecting and engrossing story about parenthood and the ways we can never truly know one another. Hawley weaves together the disparate threads of his narrative beautifully, keeping the story flowing and maintaining a level of emotion that will keep you reading, without completely draining you.