This week’s top 5 Redbox/DVD/Blu-ray releases include the Oscar nominated film that pays tribute to the victims of 9/11. 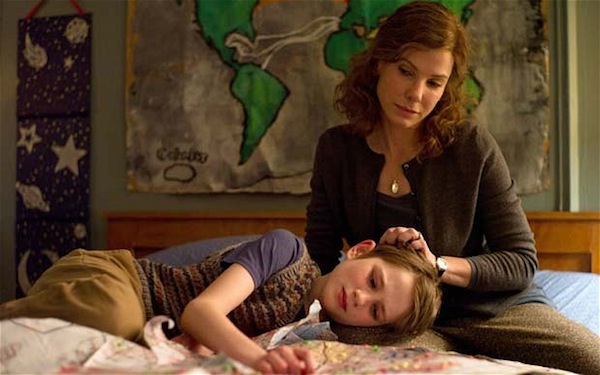 No. 1 — Extremely Loud and Incredibly Close

The story of a boy who has lost his father to the tragedy of the terrorist attacks of Sept. 11, 2001 goes on a city-wide search for answers after finding a mysterious clue.

Movie review: A haunting tribute to the victims of 9/11 >>

It’s dangerous for any psychiatrist to get too close to a patient, especially when there’s a risk of falling in love. Keira Knightley and Michael Fassbender star in this psychological thriller about love and lust.

No. 3 — Alvin and the Chipmunks: Chipwrecked

Climb aboard the cruise ship that eventually loses its most adorable passengers. Alvin and his gang are back with Jason Lee in this hilarious adventure on a deserted island.

Love and chocolate sound like they’d make an excellent combination, right? Not for one chocolate factory owner who is terrible with women. The French film subtitled in English is the cute romantic comedy that everyone on the indie festival scene is buzzing about.

Alexis Bledel plays a psychologically-disturbed police woman who starts an affair with a married Frenchman. When things go wrong and the two go on the run, the power struggle proves to be more than this young woman can take.

Rotten Tomatoes: no score yet