Bobbi Kristina Brown is ready for her close-up. It’s been confirmed that she’ll make her acting debut on Tyler Perry’s newest sitcom. The daughter of Whitney Houston and Bobby Brown is about to take Hollywood by storm. 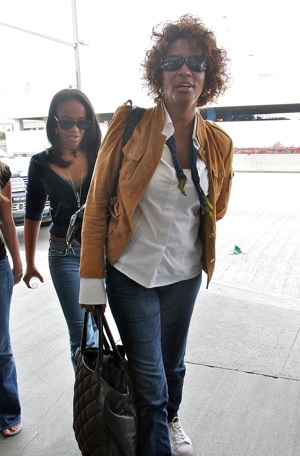 According to The Hollywood Reporter, a rep for Perry has confirmed that the 19-year-old will appear on the series.

There are rumors she’ll play the daughter of one of the stylists that work at the salon owned by Smith’s character.

For Better or Worse is scheduled to return to TBS later this summer. The network ordered an additional 35 episodes following its premiere last fall.

The series averaged 2.9 million viewers and is the third sitcom Perry’s produced for TBS. The previous two were House of Payne and Meet the Browns.

Bobbi Kristina: Bobby Brown, you are not the father! >>

Bobbi Kristina’s most notable TV experience comes from her stint on the 2005 reality series, Being Bobby Brown. It aired on Bravo and only lasted one season.

Bobbi Kristina to Oprah: My mom visits, speaks to me >>

Shortly after the death of her mother, Bobbi Kristina gave an exclusive interview with Oprah Winfrey where she spoke about carrying on the Houston legacy. “I still have a voice,” she said. “We’re going to do this singing thing, some acting, some dancing.”

It should come as no surprise that Perry is giving Bobbi Kristina her big break. He’s been a huge supporter of the Houston clan. He even allowed the family to use his private jet so they could fly the late singer’s remains from California to her native New Jersey.