There’s a whole lot of weddings going on for Jerry Lee Lewis! The rock and roll piano player and singer has wed for the seventh time, to a family connection. 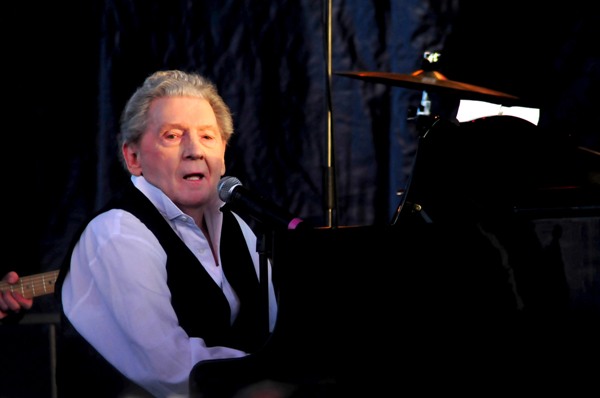 Jerry Lee Lewis has wed his cousin’s ex-wife! The strange but true news the “Great Balls of Fire” singer has tied the knot for the seventh time has been officially confirmed by the 76-year-old’s rep.

The family connection between Jerry Lee Lewis and new wife Judith Brown is, perhaps, a little too close for comfort. To start with, she was previously married to the rocker‘s cousin, Rusty. Rusty and Judith lived as man and wife for 20 years and raised one child together before divorcing in 2004.

But that’s not all — this isn’t the first time Jerry Lee Lewis has picked a spouse from Rusty’s familial tree. In 1958 it was discovered by the press that the singer, then age 23, had wed Rusty’s 13-year-old sister (as stated by his rep to CNN) Myra Gale Brown. Even though Lewis was still young himself, this was his third marriage. Once news of Jerry Lee Lewis’ teen bride hit the press he was blacklisted from radio, nearly ending what looked to be a promising career.

There are conflicting reports on how many children Jerry Lee Lewis has had. Wikipedia lists five when naming his marriages, but also states “at least four.” Two additional people have claimed to be the rocker’s child as well, but have not been able to prove their paternity cases.

Is Jerry Lee Lewis’ marriage to his cousin’s ex-wife scandalous in your book?