Wake up and celebrate, morning chat show fans! Katie Couric is headed back to rise and shine television — at least temporarily. 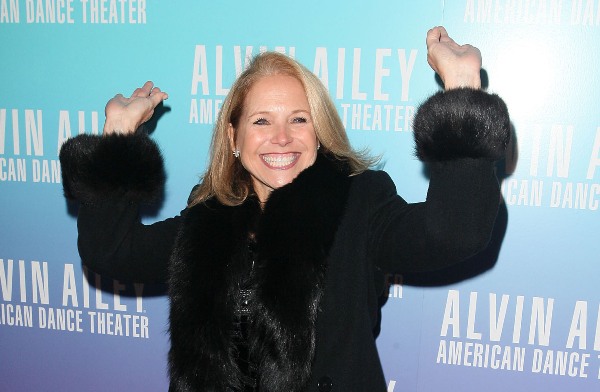 Katie Couric is coming to Good Morning America! For one-week only the former The Today Show host will set her alarm extra early yet again, giving fans the morning scoop while regular host Robin Roberts goes on vacation.

Announcing the selection of Katie Couric as “seat warmer,” Robin Roberts told fans before departing for vacation, “Katie Couric is going to be sitting in this chair next to George Stephanopoulos.”

In turn he joked to Roberts, “You get to throw away your alarm clock for the week and she has to dust hers off.”

Katie Couric worked on The Today Show from 1991 to 2006, then followed her morning show run with a five-year turn at anchoring the CBS Evening News. Up next after her week at GMA is the debut of Katie Couric’s own talk show, set to air in September.

“One of the things I’m most excited about is being able to help people navigate or understand medical information or certain illnesses better,” Kate Couric said previously of her upcoming show, Katie. “If I can accomplish that, it’d be great. I’ve gone through a lot of medical situations, through Jay and my sister [Emily, who died in 2001 from pancreatic cancer], and my dad had Parkinson’s. So I’m sort of the family advocate — I try to learn all I can to be helpful to my family members.”

Will you be tuning in to watch Katie Couric on Good Morning America next week?