Kim Kardashian and Lindsay Lohan lead the list of the most overexposed celebrities, according to Forbes magazine. Who else rounds out the list? 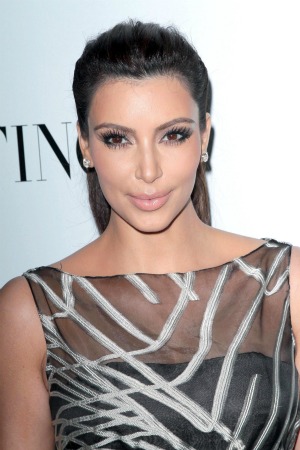 Have you had enough of Kim Kardashian and Lindsay Lohan to last you through multiple lifetimes? You are not alone. Forbes magazine released their list of the most overexposed celebrities on Thursday, and these two tabloid regulars topped the list.

E-Poll Research ranked more than 6,600 celebrities based on 46 factors, and unsurprisingly the top 10 was filled out mostly by reality stars.

Making the list can be a bad thing — but surprisingly it can be a good thing, too. It just depends on who you are and why you’re in the spotlight.

“A decade ago being overexposed was the kiss of death,” said E-Poll CEO Gerry Philpott. “But today it’s necessary to fuel reality TV.”

“If you want to be a serious movie actress maybe you don’t want high overexposed numbers, but if you’re going to be a successful reality star, you need those numbers,” Philpott explained.

Translation: Really bad news for Lindsay Lohan, but really good news for everyone else in the top 10. For example, Kim Kardashian earned approximately $12 million last year for her reality show, endorsement deals and appearances, not including what she raked in for her wedding. Lohan’s biggest payday was the $1 million she got for posing in Playboy. Not that $1 million is anything to sneeze at, but it isn’t Kardashian level money.

The Top 10 most overexposed celebrities: