Michelle Duggar isn’t worried about her huge brood sucking up the earth’s precious resources — because overpopulation is a lie. Say what? 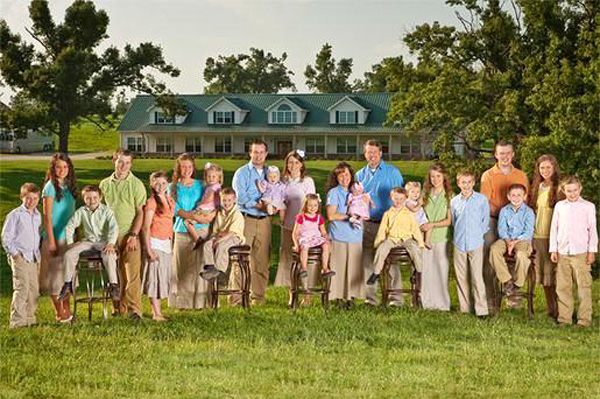 It’s Michelle Duggar‘s uterus and she is welcome to do whatever she wants with it — but her rationalizations for doing so can be a little off the wall. This is one of those times.

When the queen bee of 19 Kids and Counting was asked if she was concerned that she was contributing to world overpopulation and depletion of the earth’s resources, she scoffed at the idea — basically calling overpopulation a lie.

“Well, first off, the idea of overpopulation is not accurate because really the entire population of the world, if they were stretched shoulder to shoulder, could fit within the city limits of Jacksonville,” Duggar said during an interview on the Christian Broadcasting Network. “So if you realize that you know that we’re not anywhere near being overpopulated.”

We’re not completely convinced that her own family could fit within the city limits of Jacksonville, but that’s what this chick thinks. And anyway, she says the family is all about recycling to reduce their footprint.

“What our family does is that our motto is we buy used and we save the difference. We go to the thrift store. We buy used cars. We buy the things that most people would not be using. We are teaching our children to [be] helpers, servers, givers instead of takers,” she explained, which actually sounds rather sensible.

“I agree with Mother Teresa — to say there are too many children is saying there are too many lives,” Duggar said. “Our world needs more joy and more purpose and the next generation to be encouraged by those that are going to make a difference for good in the world.”

“That’s our prayer for our children, that they’re going to [go] off into the world and make a difference. And they’re probably going to be the ones paying for the social security and helping others!”

In their case, the youngest kids will probably be paying social security out to the older kids.