Sparks continues to stand by her man through his ups and downs — a terrifying neck injury, a musical collaboration and a crowd-sourced song. 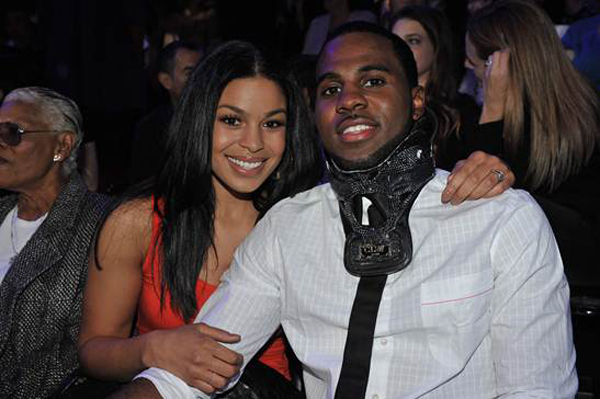 The two appeared to announce the Coca-Cola “Perfect Harmony” program, which will allow fans to help Jason write a new song. He will then perform the fan-made creation onstage at the American Idol finale on May 22 — his first TV performance since his injury.

Though Sparks and Derulo were spotted out together back in September, they didn’t confirm anything officially until two month ago. In fact, it was his terrifying neck fracture — a dangerous injury during a routine rehearsal — that actually brought them together.

“It’s been really eye opening. It’s given me a chance to look at everything and realize how blessed I truly am,” he told People back in January. “We are together. She lives in Phoenix and she comes [to Miami] and takes care of me, brings me breakfast in bed and she’ll go on walks with me. We’ve gotten closer because of my accident. It’s awesome to have someone you can talk to and she’s a wonderful person.”

Since then, she’s joined him behind the microphone on a remix of his hit, “It Girl.”

Are you the star lyricist that Derulo has been waiting for? Log on to Perfect Harmony to listen to the opening segment of the song, submit your own lyrics and get ready to rally your friends to vote.