Jason Russell might be taking a break from his KONY 2012 duties to deal with personal issues, but former Law & Order: Special Victims Unit star Christopher Meloni is more than willing to pick up the slack. 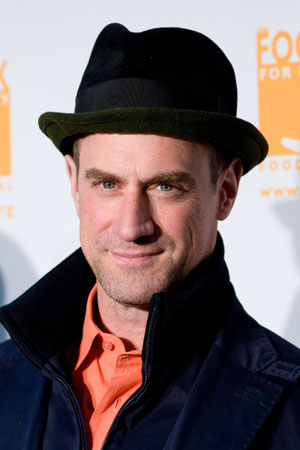 Christopher Meloni has a lot more time on his hands now that he’s left Law & Order: Special Victims Unit. Sure, he’s got the new role as a vampire on True Blood, but he’s also found another calling: Capturing Ugandan warlord Joseph Kony.

And what better way to do it than as Dog the Bounty Hunter? That’s the premise behind a new Funny or Die video, created in collaboration with the non-profit organization Enough Project.

KONY 2012 creator caught nude and under the influence >>

In the video, Meloni marches into his agent’s office and gives up acting — along with his fake gun, fake badge and real Screen Actor’s Guild card — to bring Kony to justice.

Naturally, his agent isn’t too thrilled with the idea.

“Why don’t you make a video?” the agent asks Meloni in the video.

“What are you talking about? Like a funny but informative video that kind of highlights the problem for people and lets them know how to get involved?” he replies.

“That is exactly what I mean.”

Long pause. “No. I’m going to Africa,” Meloni declares, dressed in full Dog gear, including a blonde mullet wig and a beaded armband.

It’s a joke video, but the message behind it is real.

“We’re really excited to partner with Funny or Die on this fresh approach to advocacy,” Robert Padavick, Director of Content for the Enough Project, said. “By combining masters of comedy and satire with an evidence-based, results-oriented policy organization, we’re creating new ways to introduce people to this critical issue and educate them about solutions.”

Will it work? Well, Kony better be on the lookout now that Christopher “Dog” Meloni is on the case.