Camila Alves and Matthew McConaughey have been together for six years and engaged since the holidays, but she says a ring won’t change anything. Will they ever walk down the aisle? 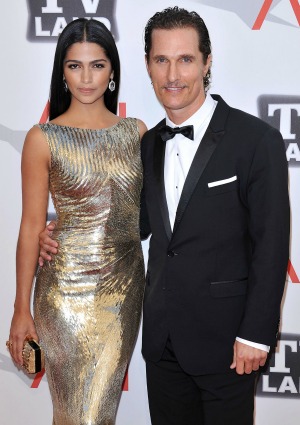 After six years and two kids, Matthew McConaughey finally proposed to his Brazilian model baby mama Camila Alves in December 2011 — but will they ever actually tie the knot?

Alves said maybe, maybe not, but either way it won’t change anything between them.

“I really haven’t thought much about the wedding,” she told ET Canada. “We just got a new home, it’s just been really busy. I’m just really enjoying being engaged.”

Star couples who are happily unmarried >>

That doesn’t mean it won’t happen, especially since the kids are excited about it.

“I think it’s great for the kids,” Alves said. “Levi actually understands what it means now that Mama’s going to have the same last name as they have, so that’s neat.”