The mother of 9/11 hero Mark Bingham has some harsh words for Carson Daly a day after he said gay people could never defend a plane under attack. 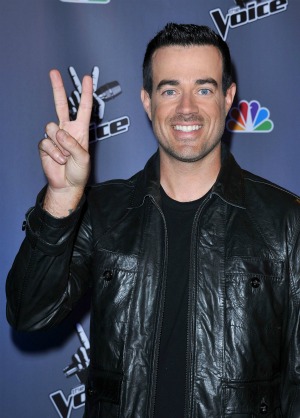 Carson Daly thinks gay men are too swishy to restrain anyone causing problems on planes — but one mom who lost her gay son on 9/11 has something to say about that.

Mark Bingham was one of the passengers on United Flight 93 who saved countless lives by preventing their plane from being flown into buildings in Washington, D.C. — sacrificing themselves in the process. Mark Bingham was also gay, and his mom, Alice Hoagland, is pretty disgusted with Daly right now.

“Yes, my gay son was known in our family for bringing me flowers on my birthday and Mother’s Day,” Hoagland said in a statement to TMZ. “He also was known for careening down the rugby pitch, and, on the morning of Sept. 11, 2001, for charging unarmed down the aisle of a doomed Boeing 757 to face knife-wielding Islamist thugs in a hijacked cockpit.”

“No one among his pick-up team of fellow passengers was asking ‘Are you straight? Are you gay?’ No one doubted that a guy who weighed 220 and stood 6 feet 4 inches tall — who could run over a charging opponent on the field, and ran with the bulls in Pamplona earlier that summer — would be an asset to a desperate group trying to overcome a threat onboard an airliner,” Hoagland continued.

“The world has its share of strong, heroic gay men. Gay men in sports uniforms and military uniforms have been winning America’s games and fighting America’s battles for a long time: Quietly, humbly and in the face of vicious bigotry.”

Meanwhile, Daly has issued two apologies: One via Twitter yesterday and another today after a meeting with GLAAD.

“We live in a time where gay, lesbian, bisexual and transgender individuals find courage every day to overcome adversity, stand up to bullying and find equality,” Daly said. “I’m truly saddened that my words today suggested otherwise. I’ve long been a supporter of gay, lesbian and transgender rights, and I’m saddened that my comments, however unintentional, offended anyone, specifically members of the LGBT community. The fact that I have hurt anyone is devastating. I’m not that guy. I’m proud to be an ally of the LGBT community and will continue to fight with them.”

His words might be too little, too late for one grieving mother.