Carson Daly is under fire for mocking gays during his radio broadcast yesterday. Read on to find out what he said — and whether or not he regrets it. 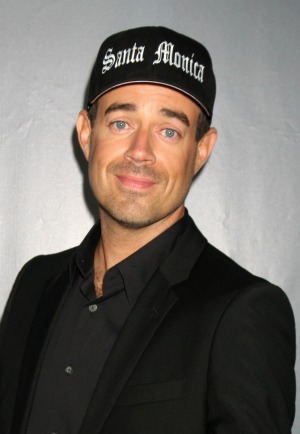 Remember when Carson Daly had a career? Like a real one? A decade ago he was riding high on the success of MTV’s TRL — now he’s resigned to some morning radio show on a local California station. His bitterness over his career decline may have led to this nonsense that happened yesterday morning.

While discussing the case of the JetBlue pilot who had to be subdued by passengers after losing his mind in the cockpit, Daly thought it would be a great idea to get all homophobic on us and mock gays, totally out of nowhere.

“Most of the people were on their way to some sort of security conference in Las Vegas,” Daly said, describing the passengers on the flight from New York to Las Vegas. “It was like a bunch of dudes, and well-trained dudes, thank God.”

“With my luck,” Daly continued, “it would be like, ‘This is the flight going to [the gay pride parade] in San Francisco.’ I mean, that would be my colleagues.”

Putting a distinct, mockingly stereotypical lisp in his voice, Daly mockingly said, “‘Uh, we’re headed down to Vegas for the floral convention.'”

After realizing how much of a jerk he made himself look like, Daly went on Twitter to say sorry.

“This morning on my radio show I attempted to make fun of myself & offended others by mistake. I sincerely apologize,” Daly tweeted.

By the way, the pilot in question, Clayton Osbon, has been suspended from his job with JetBlue and is facing federal charges of interfering with a flight crew.