Peter Cook is on the defensive — and he’s coming out swinging. Christie Brinkley’s ex is calling foul on her tearful interview on The Today Show. 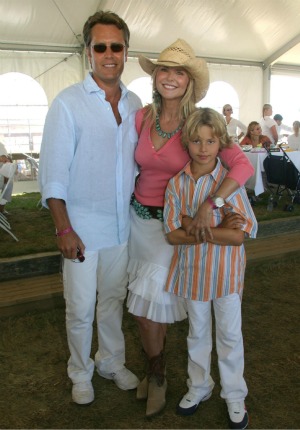 Peter Cook cheated on Christie Brinkley with a teenager and tried to use his wife’s money to buy the girl’s silence — but he says he’s the real victim here.

Brinkley gave a tearful interview on The Today Show in which she broke down over what she called Cook’s blatant disregard for their children’s “peace.” Now Cook says she is a liar who is doing nothing more than trying to manipulate public opinion in her favor.

“I thought it was horrible she could sit and shamelessly lie to our children again on national TV about the events surrounding this current issue,” said Cook during his own interview on The Today Show.

“I am also shocked by the blatant lies she told regarding our divorce proceedings of four years ago, including denying the indisputable fact that she fought for an open courtroom despite the warnings it would harm our children,” he said.

“She will stop at nothing to continue the drama in our lives in order to harass me and keep herself relevant in the media. Clearly, Christie does not believe I was punished enough four years ago for my indiscretions in our marriage, but for the sake of our children I wish she would find a way to move on.”

The couple share two children together. Jack, 16, whom Cook adopted upon their marriage, refuses to see him, Cook said. Sailor, 13, still speaks to her father.