After weeks of speculation, it’s official — actors Michelle Williams and Jason Segel are dating! It’s about time that they both found love — who knew it’d be with each other? 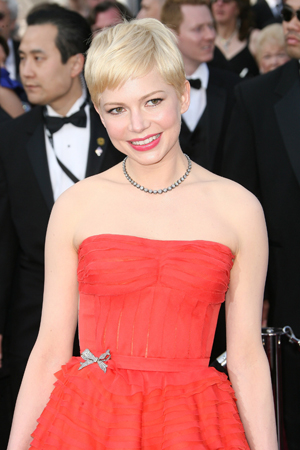 It looks like the mastermind behind The Muppets is spending more than just a week with the actress who portrayed Marilyn Monroe — though Jason Segel and Michelle Williams have been spotted together for weeks now, the longtime friends weren’t necessarily romantically linked.

However, an inside source confirmed to Us Weekly that the pair is dating! “They are smitten and very serious,” said the source.

Segel and Williams have been friends for years, as they share Cougar Town‘s Busy Philipps as a mutual friend. Philipps and Williams are red carpet BFFs, while Segel and Philipps co-starred in the cult-classic television show, Freaks and Geeks. Their relationship only recently turned romantic.

The magazine reports that the couple was seen taking a romantic stroll after a meal at Frankies Spuntino in Brooklyn on March 24. “He put his arm around her and made her laugh as they walked,” said a witness. “[They] seemed very relaxed.”

That’s not all — the next day, Segel spent the day bonding with Matilda, Williams’ 6-year-old daughter.

At this time, Williams and her daughter live in Brooklyn, while Segel is based out of Los Angeles. Nevertheless, the source confirms that the two are “trying to make it work” for now.

“She hasn’t been this happy in a long time,” said the insider.