The Tribeca Film Festival chose The Avengers to close out the celebration on April 28. Joss Whedon and the cast is celebrating the choice with a special tribute to real-life heroes. 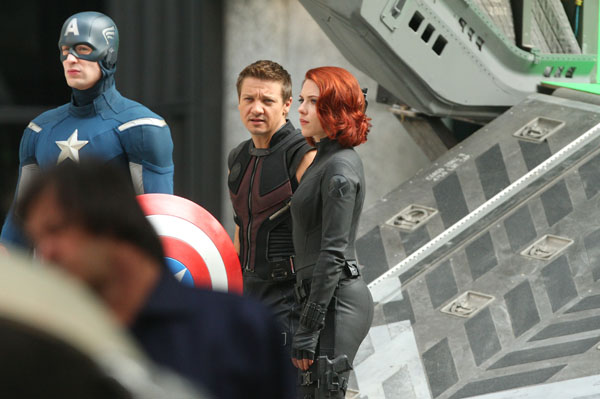 The cast of the upcoming release of Marvel’s The Avengers will honor real-life avengers — the U.S. military and emergency personnel — with a special showing scheduled to close out the Tribeca Film Festival on April 28.

“We are proud that Marvel’s The Avengers is the closing film of this year’s Tribeca Film Festival and we are excited to welcome local heroes to the screening as special guests,” Marvel Studios’ producer Kevin Feige told SheKnows in a statement. “We all know and love our iconic Super Heroes, but when it really counts, it’s our real-life heroes who save the world every day by making it a better place for all of us.”

The special partnership makes sense, given that Marvel’s The Avengers revolves around Marvel’s biggest super heroes like Iron Man, The Incredible Hulk, Thor, Captain America, Hawkeye and Black Widow. In the film, Nick Fury (played by Samuel L. Jackson) director of the international peacekeeping agency known as S.H.I.E.L.D., pulls together the all-star team to pull the world back from the edge of disaster.

Some of Marvel’s The Avengers cast — including Scarlett Johansson, Robert Downey Jr., Chris Evans, Mark Ruffalo, Chris Hemsworth, Jeremy Renner, Tom Hiddleston, Stellan Skarsgård and Samuel L. Jackson — will be on hand to meet the rescue professionals after the performance. They’re excited to close out the festival, too — but it’s especially poignant for director Joss Whedon.

“Showing at Tribeca is both an honor and a double homecoming for me, who grew up in Manhattan, and for the movie, which wrapped production there. I’m thoroughly psyched to be closing the festival with our intimate little think-piece,” he said.

Marvel’s The Avengers will hit theaters on May 4.

Are you excited to see Marvel’s The Avengers?