Actress Megan Fox is reportedly pregnant with her first child, according to sources. Is this story real or rumor? 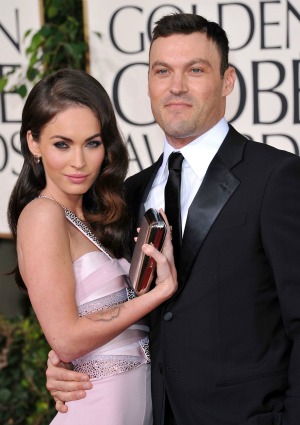 Is Megan Fox pregnant? She and husband David Silver — er, we mean Brian Austin Green — are reportedly expecting their first child together, according to one source, but the couple isn’t talking about it.

“They just found out and are incredibly excited,” the insider told Star magazine, adding that the bundle of joy was unexpected.

“It’s still early, so they are only telling close friends and family members.”

Megan Fox wants to be a scientist >>

The Transformers actress married Green in an intimate beach ceremony in Hawaii in 2010 and became stepmother to his son Kassius (mom is actress Vanessa Marcil).”Megan has become a great stepmom, and Brian knows she’ll be wonderful with the baby,” the source said.

“She has really grown in the past couple of years. Megan used to only be concerned with her career, but now family comes first.”

If this rumor turns out to be real, it wouldn’t be that much of a surprise. Fox recently admitted to Cosmopolitan magazine that she totally has baby fever.

“I want at least two, probably three [kids]. I’ve always been maternal,” she told the mag.

“We’ve had obstacles, and we’ve overcome them. I truly feel like he’s my soul mate. I don’t want to sound corny or cliché, but I do believe we are destined to live this part of our lives together.”

Green is dealing with some baby mama drama of his own. The actor recently sued Marcil for $200,000 claiming he loaned her the cash while they were dating and she never paid it back.