Adam Levine is the latest celeb to come out with a new fragrance. Called 222, it totally contradicts what he said about doing one just a year ago. 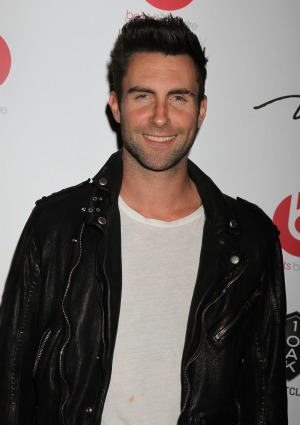 Want to smell Adam Levine? Buy his new fragrance 222 — or just roll around in a huge pile of money –because that’s basically why he created it in the first place.

But now it seems that Levine has had a change of heart — or at least a case of greed. His upcoming scent 222 will be released in May of 2013, and he fully admits that money had everything to do with it.

“I’m not going to lie, I cringed the first time I heard about [the offer of doing my own fragrances],” he told WWD, adding, “I like to think that I have decent taste, so why not try it and do a good version? Just to say no and not to try to elevate this is a cop-out.”

“I’ve seen cool, sexy, inspiring things in fragrances. If I’m emulating those things, then I love it.”

“People do this to make money, I’m not going to lie to you,” he admits. “Obviously, there’s a financial part to this as well. But there are other things that come into play, too, and I’m not just going to sign off on something if I don’t love it.”

Call it hypocrisy or simply good business, but don’t think he’ll be getting away with his sudden and obvious flip-flop. Even his costar Christina Aguilera called him out on it, tweeting, “Haha @AdamLevine. What a difference a year makes. Welcome to the celebrity fragrance family!”

Tell us: Will you buy Adam Levine’s fragrance?