Did PETA really not know that Kim Kardashian would be flour bombed? They say no, but their statement on the matter leaves quite a bit of wiggle room — especially since the attacker is a volunteer for the organization. 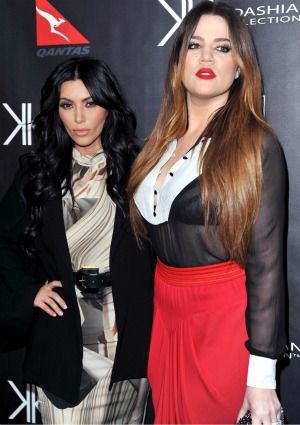 PETA is addressing Khloe Kardashian’s accusation that they must have had something to do with her sister Kim getting flour bombed, because the bomber is the sister of the woman who arranged Khloe’s own involvement with the group.

Yup, you read that right. Christina Cho, the flour bandit, is the sister of Michelle Cho, a woman who was closely involved with Khloe Kardashian’s PETA campaign.

“I am not my sister’s keeper,” Michelle Cho told E! News, “but I love her and have seen her sacrifice a lot of herself as a terrific activist. We work in different ways to help stop animal suffering. It is Christina who got me into the movement to protect animals, and I’ll always be grateful to her for opening my eyes.”

A PETA spokesperson chimed in, “If Christina Cho is the person who sprinkled flour on Kim Kardashian, we know Christina as a very kind, wonderful longtime volunteer. At a reception at our LA office last month she was with a group who watched this video and was visibly shaken. We will support her totally.”

As for Khloe cutting ties with the animal rights group over the incident, they say there’s no hard feelings.

“We appreciate that Khloe will remain on the animals’ side by not wearing fur — that’s what counts,” a rep for the group said. “If one of our volunteers is responsible, it doesn’t alter the fact that no animal deserves to be electrocuted, shot or poisoned for a bit of fur clothing.

“Khloe is just defending her sister, and we know she has a good heart, so we wish her well. We just wish she also had more influence on her sister.”

Tell us: Is PETA hiding the truth behind their involvement?