Out of Christina Aguilera’s many celebrity friends in the music industry, the judge chose Jewel and Lionel Richie to be her guest mentors on The Voice. Why? 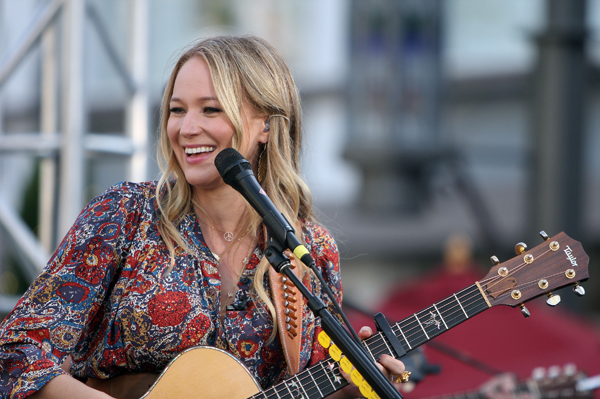 Jewel and Christina Aguilera may be incredibly different vocally. In fact, they weren’t even really friends until she became a guest mentor on The Voice to Team Christina, even though the two singers met two years ago.

“We grew up listening to a lot of the same vocalists,” Jewel told The Hollywood Reporter. “I was educated by Ella Fitzgerald and Sarah Vaughn and Etta James and so was she. Though, I loved Cole Porter and the people that were writing the songs and eventually folk music and it led me down that path.”

The folk singer and fellow mother learned more about the show and Aguilera herself.

“It’s been great. She really is dedicated,” she reflected. “She really is giving a lot of her time and energy and thought and care into helping these contestants, it’s really a commitment. And I was curious how much these coaches put into it, because they all have careers and tours and she really takes it very seriously.”

But she didn’t stop gushing about her new friend there. “I think Christina is so skilled, she’s like a Ferrari. When she was younger, which happens with a lot of vocalists, it’s not always about the emotion, the feeling. I think we’re a good pair that way. She reminds me to show that you can do a little more and hopefully still bring some heart. You can do both, you should do both if you can.”

“I don’t know what I said to the opera singer,” she said when asked about the comment. “I also do classical music, as well. I studied opera in school, which I probably didn’t even tell him.” Well, hopefully now he knows that the critique came from a constructive place!