The owner of a Georgia-based restaurant doesn’t understand why people are so up in arms over a comparison he made between Rihanna and Chris Brown’s violent incident and the black and bleu burger he sells at his restaurant. Find out what he said. 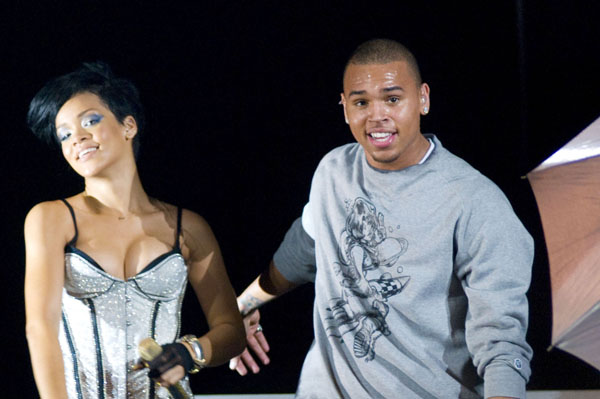 Does domestic violence make you hungry? Apparently the brains (and we used brains loosely) behind the Chops & Hops restaurant in Watkinsville, Georgia thinks it does. The restaurant took to Twitter and Facebook last week to promote their new “Black & Bleu” burger by comparing it to the violent incident between Rihanna and Chris Brown during Grammy weekend in February 2009.

“@chrisbrown, @rihanna and us teamed up for a award winning celebrity sandwich,” the post said. “Chris Brown won’t beat you up for eating this unless your name starts with a R and ends with A.”

The sandwich — only available for one day — included a slab of ribeye topped with bleu cheese, tomato, shredded romaine lettuce and “silver Lamborghini” onions. Why Lamborghini onions? That’s what Brown was driving the night he got into it with his girlfriend.

Rihanna does walk of shame from Ashton Kutcher’s pad >>

Naturally, the comparison between RiRi’s serious bruises upset quite a few patrons, though the owner wouldn’t apologize at first. “I was not trying to make a joke of domestic violence, just bringing light to the situation through food,” he told ABCNews.com, comparing the stunt to something late-night comics do all the time. “I do not regret doing it. I don’t regret anything.”

He backed down later, likely recognizing that he was about to lose his entire business for his “joke.” The owners issued a statement saying that they’ll donate all proceeds to the domestic violence charity Project Safe Team 6.

“The owners of C&H would like to make sure everyone knows that we and our staff DO NOT SUPPORT DOMESTIC VIOLENCE. Many of us have been affected by domestic violence in some manner and realize that this is no joke,” Chops & Hops said in a statement.

Well, that’s a start. When will people realize that making jokes about beatings is never, ever okay?