Alicia Silverstone feeds her toddler like a bird: By premasticating his food and passing it straight from her mouth to his. Read on to see what the experts have to say. 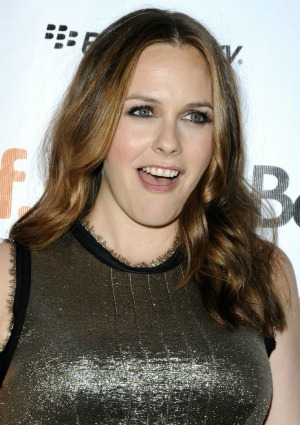 Alicia Silverstone says she feeds her son Bear food straight from her own mouth: She chews it up for him and passes it over in a food kiss.

On her blog The Kind Life, the vegan Silverstone explained her fun bird impression.

“I just had a delicious breakfast of miso soup, collards and radish steamed and drizzled with flax oil, cast iron mochi with nori wrapped outside, and some grated daikon. Yum!” she wrote. “I fed Bear the mochi and a tiny bit of veggies from the soup… from my mouth to his. It’s his favorite… and mine. He literally crawls across the room to attack my mouth if I’m eating.”

“This video was taken about a month or two ago when he was a bit wobbly. Now he is grabbing my mouth to get the food!”

Our personal opinion? Totally gross, but she of course has the right to do whatever she wants and it’s nobody’s business — as long as she isn’t putting her baby’s health at risk. However, that might not be the case.

Fox 411 asked a few experts to weigh in on the practice of premastication. Not everyone was a fan.

“There are those who think that a mom chewing a baby’s food provides helpful enzymes from her mouth but it doesn’t seem like a hygienic practice. Various viruses and bacteria, but especially herpes virus, may be passed from mother to baby,” said Dr. Jennifer Landa, M.D. Chief Medical Officer of BodyLogicMD. “These microbes present a challenge that the infant’s immune system may not be ready for. So the practice is questionable for safety, and then, there’s a certain ick factor here that needs to be considered.”

Mira Jacob, deputy editor of parenting site Babble.com, said that while the practice isn’t anything new, it certainly is weird. “A lot of moms chew a portion of their baby’s food; it’s often a very natural transition. But this just looks really funny, like Alicia is making out with her son. There is nothing terribly wrong with it, it just looks really weird.”

But Heather Lounsbury, founder of LiveNaturalLiveWell.com, said everyone is freaking out over nothing. “I’m sure Alicia is brushing her teeth regularly as to not expose her baby to bacteria in her mouth. It is dangerous to try and live in a completely sterile environment, because it’s impossible,” she said. “And it doesn’t allow for the body to fight minor infections so it can fight more serious illnesses it may be exposed to.”

Perhaps, but personally we’ll stick with the food processor.